Many game developers use cute and colorful graphics in their games, with feel-good or energetic music and sound effects. However, Deo [99c] from Strapped to a Meteor does the exact opposite.  The visuals in this game are intentionally drab and gloomy, because the universe is dying. And it needs to be saved!

The hero is named ‘Deo’ – a vibrant red roughly-drawn blob, who emits a trail of glowing red vapors.  His destiny is to restore life in the universe by establishing planetoids which are green with healthy vegetation.  The contrast of the red Deo character against the drab colorless worlds is visually dramatic. This game has a real mood and atmosphere, which is also reflected in the haunting soundtrack and ambient wind effects, which leave you feeling quite chilled.

There’s two worlds to build during the 90 regular levels and 6 bonus levels. Each level features an oddly-shaped planetoid with jutting-out hills, which slowly rotates automatically. Deo must try to jump his way around the planetoid, leaping from hill to hill, until he touches the final red hill. However, when he jumps, he can only land on “safe zones" as he dies if he lands on any blackness. And don’t forget, the level is constantly rotating, so if you take too long, you may slide off into space, or end up in a position where a clean jump is impossible. 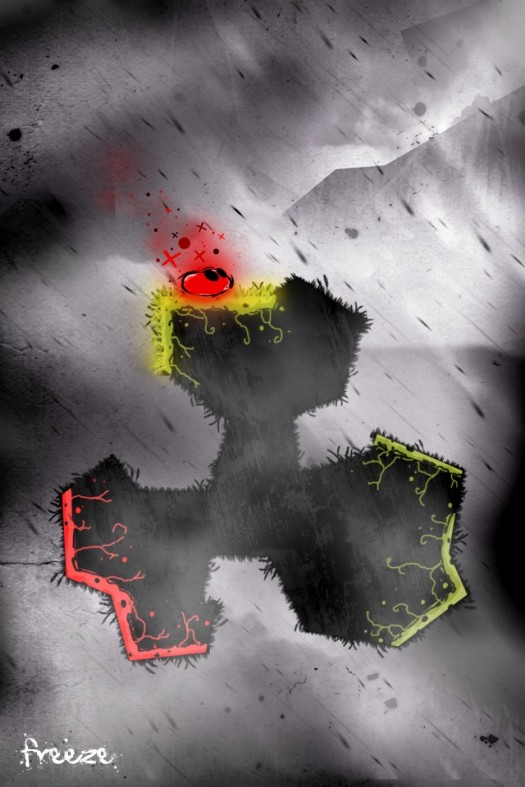 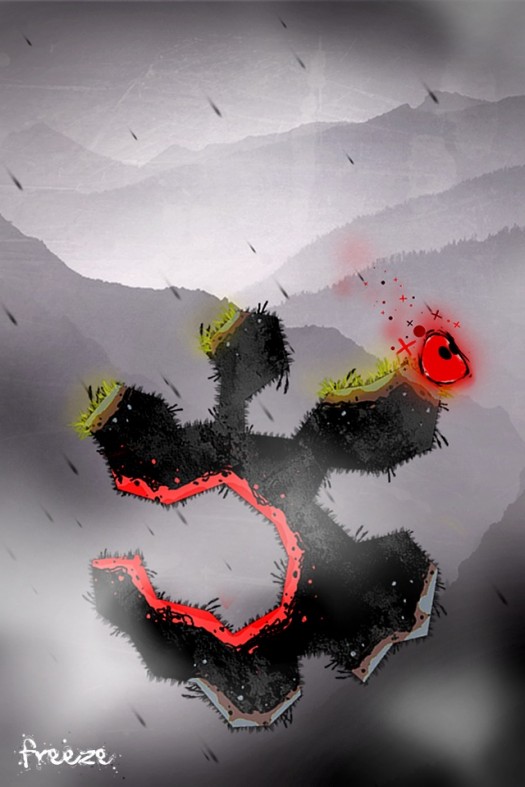 The controls are both simple and effective, requiring only one finger. You tap the screen anywhere to make Deo jump, or hold your finger down to make him squeeze-up and then jump further. At first you’ll probably fail and mess up a few jumps. But after playing this game for a while, it’s surprizing how skilled you become at timing the big leaps of faith, from one side of the screen to the other, to land on a small ledge. You can either play it safe with little baby-hops, or take a risk and attempt longer, more daring leaps, hoping to nail the landing.

Each time you complete three levels, you gain a segment of a new planet in the main menu, and three more unlocked levels appear above your planet to play next. It takes 15 segments (45 levels) to create a whole new planetoid. The amount of vegetation on your planetoid depends on how many times you die in each level.  There’s five grades of vegetation that can be achieved, ranging from sparse to lush.  If you tap your planet in the main menu, it expands into segments and you can choose a segment (3 levels) to re-play.

The menu screens are artistic, but also too complicated and not explained well. All you need to know is: The leftmost platform is for credits and the other two are the worlds to build. Start with the left world, as it provides an easier difficulty ramp. Build the rightmost world once you’ve mastered the jumping.  The developer has heard the feedback about menu confusion, so hopefully this will be improved in a future release.

Deo is a game of skillful jumping, timing, and sometimes, patience. If you enjoy creative, artistic games which evoke a real atmosphere and mood, then check this out. There’s no scores, timers, leaderboards or achievements, there’s just a gloomy decaying universe, which might stick in your mind as a memorable iOS experience, and I’ll happily pay a dollar for that.