In the great scheme of iOS gaming, Darkness Escape Deluxe [$0.99 / HD ] isn’t a horrible game. In fact, Darkness Escape does an adequate job representing the platform runner genre that has become more prevalent on the App Store in recent years. Unfortunately, adequate isn’t enough, especially when compared to some of the other heavy hitters in the genre. There are simply too many missteps, mainly a lack of content and questionable asset design, that prevent this game from rising above the rest of the competition and actually earning your play time.

For those unfamiliar with platform runners in general, the gameplay in Darkness Escape Deluxe is simple: your character starts off at the left side of the screen and continually runs to the right until you reach the end of the level. In addition, you start off with 100 coins on each level and must avoid hazards that reduce your coin total (end up with less than 80 and you fail and must repeat the level).  There are some barriers that can stun or stop your movement, but otherwise, you have no control over your speed. In fact, the only control mechanism you have is a jump button which you use to avoid said barriers as well as chasms that lead to death. Several different kinds of power-ups (ranging from increased speed to invulnerability) are littered throughout each level, but most of them seem to do more harm than good in most situations. 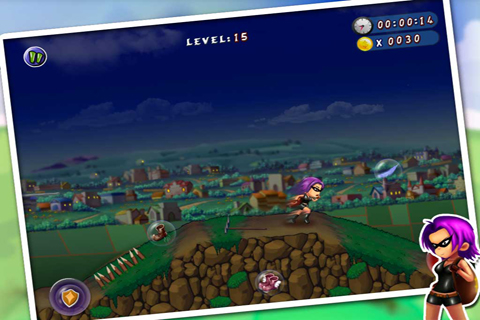 Overall, Darkness Escape Deluxe satisfies most of the prerequisites for a platform runner, but there’s just nothing gripping about the gameplay. There is very little story (you’re a female thief that steals from the rich and gives to the poor, that’s it), and little incentive to continue playing other than to unlock another monotonous level. Even that incentive doesn’t last very long as there’s only twenty levels in the entire game, with no additional difficulties. If you’re not particularly good at platform runners (like me), you should still manage to play through all the content in about two hours, which is a very low amount of content for games like this.

Besides content, there are a few annoying design decisions that make Darkness Escape even less of an enjoyable experience. For example, some of the obstacles are colored very similarly to the ground tile set, making them hard to distinguish while running at full speed. Some may argue that’s just part of the difficulty, but I think it’s just poor game design. Also, the music that plays when you die just seems completely annoying and out of place. Normally this wouldn’t be a big deal, but considering that death happens a lot in this game (as with most platform runners) it eventually becomes maddening. 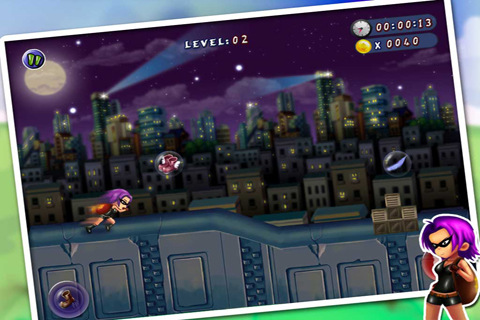 If you’re looking to try out a platform runner, there are far better alternatives out in the App Store. In fact, the only folks that I think would bother checking out Darkness Escape Deluxe are the genre obsessives that would probably enjoy any playable platform runner. If you’re not one of those gamers, Darkness Escapes offers very little to distinguish itself, and should probably be avoided.