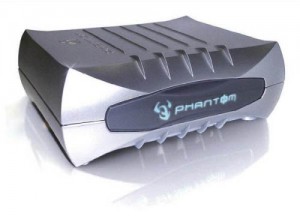 If you would have asked me when I was sitting outside of the local Apple Store all night in line for the original iPhone in late June of 2007 with $600 burning a hole in my pocket if I thought this phone would spawn a device family that would be the catalyst to what could be the biggest shake-up of the gaming industry in decades, I would have let out a derisive snort and gone back to playing my Nintendo DS. However, the iOS ecosystem seems to be doing exactly that– A few weeks ago we heard from EA CEO John Riccitiello who explained that consoles are shrinking and the iPad is their fastest growing platform, meanwhile, Nintendo significantly dropped the price of their 3DS that is struggling to compete in a world dominated by smartphones.

The latest comes from Epic Games President Mike Capps who in an interview with Industry Gamers discussed the real threat that is the (potential) iPhone 8:

“Before the problem was between the consoles and PC where they had very different levels. The power of your PC could be 100 times the power of somebody else’s PC. This time the problem could be mobile. If you look at the ridiculous acceleration of iPhone hardware and technology, trying to find a sweet spot for tech to make your mobile game… I mean, what would your mobile game look like in 2015? Who knows how fast that’s going to operate, but you can bet it’s going to be faster than an Xbox 360," he said.

“So I think that’s the real challenge for us now, rather than worrying about the difference between a couple consoles and some order of magnitude, whether 3X or 4X. It’s about how do we deal with iPhone 8… if you watch where the gamers are going that’s where they are. Your iPhone 8 will probably plug into your TV, or better yet, wirelessly connect to your television set to give you that big screen gaming experience with good sound. So really, what’s the point of those next-gen consoles? It’s a very interesting situation to be looking at. That’s what we’re starting to think about more… not how do we scale from some Nintendo platform to some other future console," he concluded.

It’s an interesting problem, and has been the topic of discussion with a few friends of mine lately as current generations of consoles approach the end of their life cycle. A big part of the business for home consoles is getting an install base of hardware that you can utilize to sell software for upwards of ten years. With iOS devices getting refreshed on a yearly basis combined with substantially cheaper, instantly available games, how long is the dedicated console market going to be appealing? We’re already seeing iOS devices erode the previously untouchable dominance of Nintendo in the portable sector, and the features of the “iPhone 8" Capps discusses above largely already exist today– They’re just not being utilized in any meaningful way yet.

Epic later released a clarification stating that they’re still very much invested in next-gen consoles as well as PC gaming, but it’s hard to deny the way gaming seems to be going.