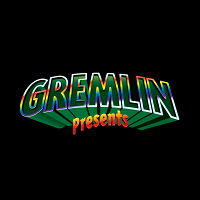 Gremlin Graphics is back in business. Managing director turned founder Ian Stewart has announced that he’s bringing the brand back and will be releasing new takes on its old-school Commodore 64 games over the App Store. The studio’s first game will be a re-imagining of Bounder. Stewarts’ Urbanscan is set to publish.

Bounder first saw the light of day in 1985. It had players controlling a bouncing tennis ball across a variety of courses laced with obstacles like walls and enemies. Power-ups and little extras like 1-Ups were distributed in the grid-like world. The new iOS version will feature updated visuals, a new soundtrack, and even some new levels. In a statement, Steward also revealed that it’ll “take full advantage” of the platform, so motion controls are being added.

Interestingly, Urbanscan will continue to push out ancient titles in newer forms on iOS, though that remains to be seen. Fingers crossed for Wanted: Monty Mole!

One of the coolest things about this platform is that it gives old-school game makers one more shot at dropping the titles they love. In part, this is because budgets don’t need to be huge, but also it’s because team sizes can be kept to one-to-two dudes, just like the old days. Wake your grandaddy up to hear him talk about how they used to make ‘em.