If you’re anything like me, you’ve been wondering, “When in the world is Rocketcat Games going to release something that doesn’t rely on a swinging mechanic?" Don’t get me wrong, HookChamp, Super QuickHook, and Hook Worlds are all fantastic games, but I doubt I’m alone in looking forward to what Rocketcat would release outside of the hook and swing world. We’re getting a first real glimpse at their next game today, Mage Gauntlet, which seems to be a beautifully pixelated homage to the classic action RPG games of yore.

Check out some screenshots: 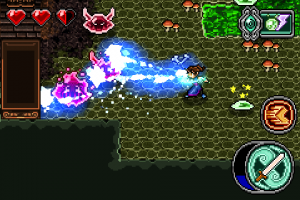 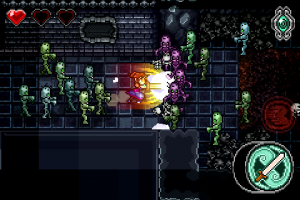 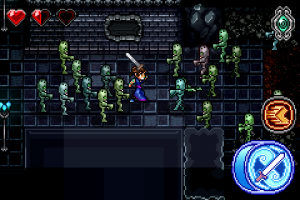 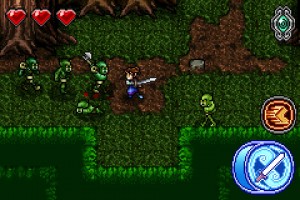 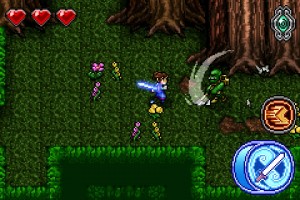 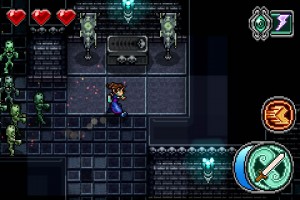 The real awesomeness is contained inside of the trailer:

Details are a little vague right now, but Mage Gauntlet is built around a “more action, less grinding" quest philosophy centralized around the main character, Lexi. You’re looking to become a wizard’s apprentice, and your journey starts out with a quest to prove yourself. Equipped with a magical gauntlet, Lexi is able to absorb and launch magical energy. The spell system involves destroying “certain objects" to power-up your gauntlet with a completely randomized spell. You can hold four at a time, and these are accessible through a menu.

There’s a full loot and leveling system complete with character customization through three different stats that you can build your character with. 50 levels will be included with release, along with an unlockable additional game mode. More levels and modes are planned after release. Oh, and there’s boss fights, loads of different enemies, and lots of secrets and achievements. Scoreboards aren’t initially included, but the future game modes I mentioned will introduce them.

Mage Gauntlet will be priced at $2.99, with an initial $1.99 sale. Like other RocketCat games, early buyers will get a pack of hats to customize your character with as well as a in-game pet that follows you around. We’ll be following the release of this game closely, and hope to have a full preview in the next couple weeks.