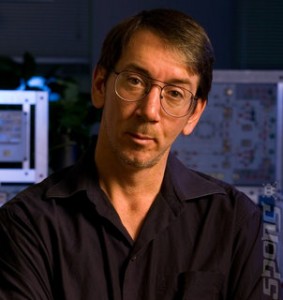 Will Wright, the visionary behind The Sims franchise and the creator of Spore, is getting back into games design with his new studio, Super Fun Club. At E3, Wright revealed that this new title, which is ‘likely’ to hit tablets, smartphones, and Facebook according to UK news site Eurogamer, is based on science fiction author Bruce Sterling’s “Maneki Neko.”

“He describes a karmic computer that’s keeping a balance of payments between different people, and causing them to interact with each other in interesting ways to improve their lives even though they’re strangers," Wright told Eurogamer in an interview. “They earn karmic points that are redeemed by having somebody else help them."

The game doesn’t have a name yet, but it should be out within a year. Wright said as much on the record, kinda, as he explained his thoughts on how the conventional development model is morphing into one that demands quick production as opposed to slow, two-year cycles.

The Maneki Neko is a Japanese sculpture of a cat with its paw raised to the air. In the short story of the same name, this gesture is some sort of sign of a secretive AI-based gift economy. Talk about a wild premise for a game, right?

Wright is an inventive guy with a lot of off-the-wall game ideas and thoughts — this one included. It’ll be neat to see him on phones and tablets since these are part of a handful of platforms that allow for this next level type of craziness without significant financial repercussions. I’m excited to see what he can do, too.