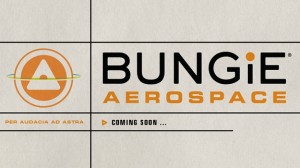 Bungie Aerospace has made its first public move: the company recently filed a trademark for “Crimson,” a bit of “computer game software for use on mobile and cellular phones,” according to the official USPTO filing. Color us red. I mean, intrigued.

We don’t know what Bungie Aerospace is, but we do know that Halo developer Bungie is responsible for its incorporation in Delaware and Washington. It might be a front or the start of another memorable ARG. Either way, the company has made a move to secure a trademark for mobile devices, which I fancy is entertaining to be aware of.

As Game Informer notes in its report, Bungie has recently made it clear that it wants to do something in the mobile realm; the studio is hiring for several positions linked to mobile phone development. What this project actually is, however, is still shrouded in a cloud of secrecy and, presumably, really hardcore non-disclosure agreements.

My gut says Bungie Aerospace and “Crimson” are connected to the studio’s next project, an original IP set to be published by Activision. Word on the street is that this game is a shooter MMO — an MMO that might just offer increased connectivity via mobile apps.

Bungie’s recent talks certainly suggest that connectivity is something the studio values with this new IP. At GDC Online 2010, Bungie staff writer Joseph Staten posed the question “Wouldn’t it be great if we could make a world that was always there for you, with lots of stories to tell, like a big, infinite storytelling horizon?”

He then said, “Man, that would be great,” which is the PR equivalent of “Yeah, we’re going to try our best to do just that.” But, shhh, everything is secret now.