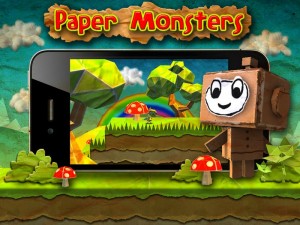 This past week we took a look at the upcoming Paper Monsters from developer Robots vs. Wizards. The game employs a 2.5D perspective with a charming cardboard-cutout art style, and in a follow-up post we learned from the developer that Paper Monsters is aiming to be more of a traditional platforming game along the lines of a Mario Bros. title.

While the wonderful visual style of the game is what caught our attention, savvy forum goers may remember that Paper Monsters was actually announced back in September of last year, and used to look quite a bit different. The idea was still basically the same, a 2.5D platformer with cardboard cutout-style characters and backgrounds, but it looked more in line with a previous Robot vs. Wizards title called Doodle Monster [99¢].

Now, we’ve come to find that the sudden drastic change in visuals is due to Crescent Moon Games jumping into the fray and lending their expertise in art design to the development of Paper Monsters. You may recall that Crescent Moon Games has done similar extreme makeovers on both Gears [99¢] and Aralon: Sword and Shadow [$9.99] in the past with fairly stunning results. Crescent Moon will also be publishing Paper Monsters when it finally releases.

Just for fun, here are a couple of before-and-after comparisons of Paper Monsters so you can see just how far it has evolved (click to enlarge): 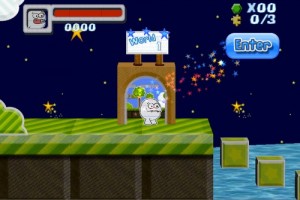 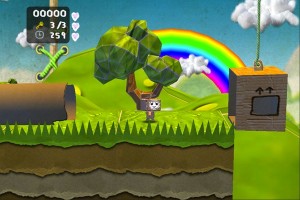 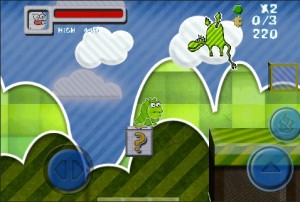 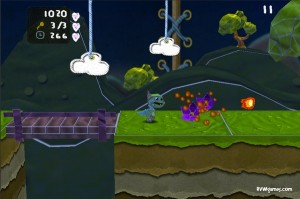 Paper Monsters is still a ways off, and there is no set release date or pricing known at this time. But it’s definitely interesting to see the transformation the game has undergone since last September, and based on Crescent Moon’s previous reputation of overhauling games during development I’m really excited to see how Paper Monsters turns out.

There’s a busy thread in our forums where members are discussing the game and both Crescent Moon and Robot vs. Wizards are dropping nuggets of new information, and we’ll definitely keep our eyes peeled for more news about Paper Monsters in the coming months.