I thought the original DrawRace [Free] was super cool when it was first released. It combined the familiar drawing mechanic that everyone at the time was going nuts over with a racing game. Playing the game amounted to drawing your path on the track, and the speed of your car was controlled by how fast you moved your finger on a particular segment of the racing line. It’s a slick little setup, although it does seem to have a considerable learning curve since you need to draw your whole racing line at once.

Enter DrawRace 2: Racing Evolved, the sequel to DrawRace that just looks awesome. How awesome? Well, if I had to pick one thing to criticize about the original DrawRace it’s that the game was a little basic. The sequel has a new career modes, leagues, leaderboards, 180 challenges, 16 cars, and 30 tracks. 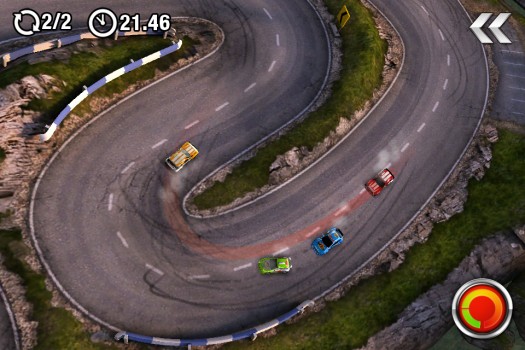 For more information on DrawRace 2 check out the official site which also has tons more screenshots, or swing by the thread in our forums. I can’t wait.