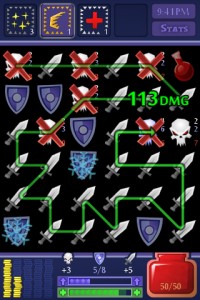 I’ve spent so much time playing Dungeon Raid [$2.99] over the last few months that if I was doing anything else more productive I can’t even imagine what I could have accomplished. Does this bother me? Heck no, Dungeon Raid owns. I basically drooled all over it in our review, and it easily made out Best iPhone Games of January ’11 listing. I explained the gameplay in the previously-mentioned review-

By now you might be scratching your head wondering why I’m piling shovels full of praise on to a matching game with a matching component that’s so simple that it usually doesn’t take much skill to clear half the board in one move. Well, it’s because of the layer on top of all this that makes Dungeon Raid the game that stole my entire day today. You see, each match you make serves a purpose, and deciding what you’re going to match when seems to require quite a bit of strategy, and often some luck, as you never know what’s going to replace the blocks you just cleared.

Strategy comes in to play because while Dungeon Raid may initially appear to just be a simple matching game, there’s a fairly complex subset of RPG elements that drives everything you do. Enemies are represented by skulls on the game board. “Killing" an enemy involves matching skulls with enough swords to total up more damage than their hit points (which is displayed to the right of each enemy). After every match, every enemy on screen damages you, and special enemies also appear randomly which have increased hit points and other special abilities. One such ability involves their attacks “poisoning" you, at which point you take constant damage until you match healing potions. (Matching healing potions, as you can probably guess, heals you.)

Since our review, Dungeon Raid has had two substantial updates. The first one added playable classes which mix gameplay up further, and today’s update adds two new game modes: 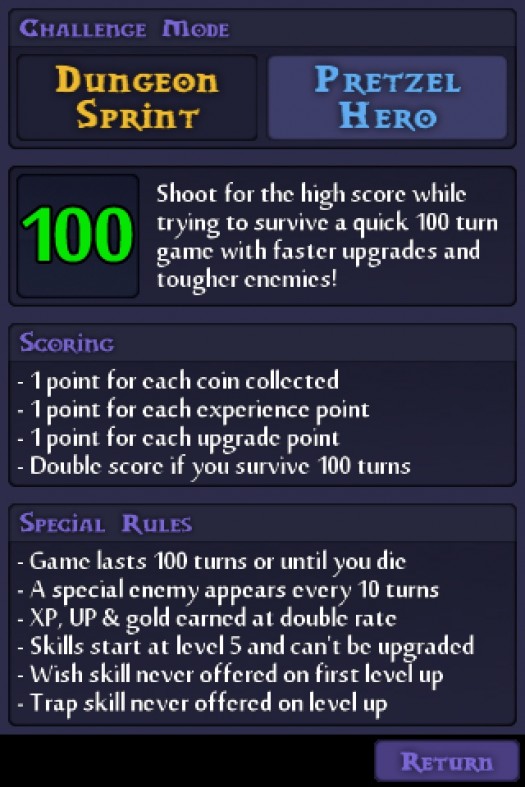 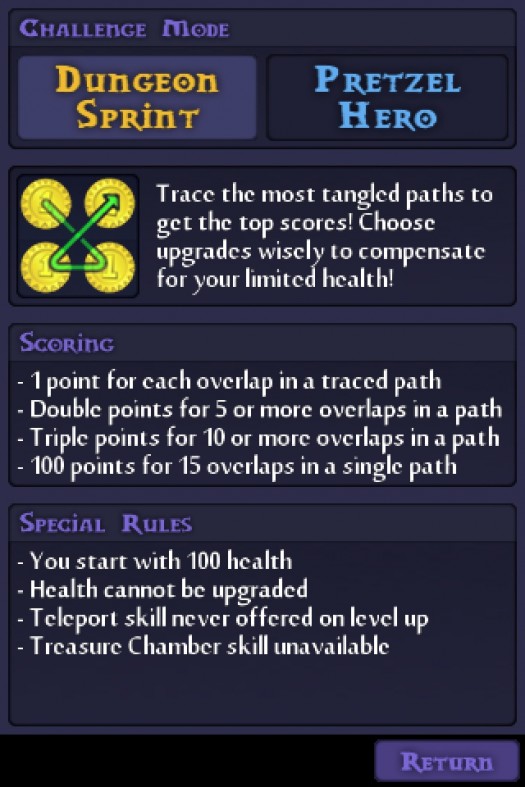 The down-side of Dungeon Raid (if I had to say it had one) is that games can potentially take a very long time. Both of these new game modes are very quick, and I really like how Dungeon Sprint mode actively not only shows your current score, but also what the match you’re about to make would add to it. It’s actually helped me learn quite a bit about how the scoring system in the game works. Pretzel Hero is kind of goofy, but I love how they’ve thought outside of the box and built a game mode around the crazy matches you can make in the game.

If you haven’t yet, now is a perfect time to download Dungeon Raid. This is one of my favorite games, and I have nothing but good things to say about it especially with how much love the developers have given it through updates.