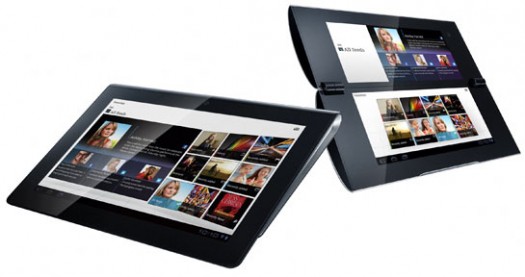 Yesterday, Sony officially entered the tablet market by unveiling two new tablet devices for release this Fall. As everybody and their mother are rushing into the tablet market to compete with Apple’s iPad after its unprecedented success, it’s not surprising to see one of the largest electronic makers in the world throw their hat into the ring.

What is surprising to me, however, is the decidedly different approaches each of Sony’s new tablets are taking compared to the rest of the crowd. And from a gamer’s perspective, the fact that both tablets are powered by Tegra 2 chips and will be the first tablets to officially be “PlayStation Certified” is definitely intriguing.

The first of Sony’s tablets, currently being called the S1, carries a 9.4” screen that’s only slightly smaller than the iPad’s. Unlike the iPad and most other similar tablets, the S1 features a tapered design that’s thicker at the top and gets skinnier towards the bottom, which Sony claims is more comfortable and is “like holding a magazine”. 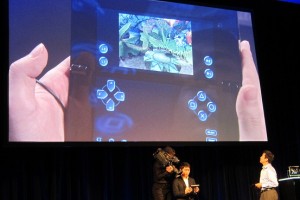 Their second tablet, the S2, is a much more radical design and isn’t much like a tablet at all actually. It’s a clamshell design similar to a Nintendo 3DS, with 5.5” screens on both the upper and lower halves. The screens can work in unison to display content or can work independently to perform two different functions, like having game controls on the lower screen while showing the actual gameplay on the top, just like the 3DS.

Each tablet will run on Android 3.0 Honeycomb which is a special version of Android specifically designed for tablets. They will be able to do most of the types of things you would expect tablets to do involving accessing media and the internet, but what interests me the most is how these new devices will factor in regards to gaming.

We speculated at the time that PlayStation Suite was announced that it would be possible the service could eventually come to iOS, and Sony executive Kaz Hirai further affirmed this possibility by stating that they have a “completely open stance” as to which devices and carriers the service may end up on.

Despite this, however, I don’t suspect we’ll ever see the PlayStation Suite come to iOS. First of all are the hurdles we outlined in our article on the subject, namely the fact that Sony would need to give the OK to whatever comes to the PSS service on top of Apple’s already strict approval process, and the need to have devices running PSS be PlayStation Certified, which Apple would most likely have a problem with.

Beyond this though, Sony’s new devices are not only aimed at the consumer tablet market at large but are also specifically aimed at the mobile gaming market with their emphasis on being able to run games and being PlayStation Certified. It’s obvious that Sony wants a piece of the mobile gaming pie that is currently being dominated by the iPad, iPhone, iPod touch, and 3DS. To offer a flagship service like the PlayStation Suite to one of their biggest competitors would seem like an odd move to say the least. Although, Sony has been known to make some odd moves in the past, so I guess anything is possible.

At any rate, these new devices are pretty interesting, and it will be fun to see how this all plays out over the course of this year and next. Let’s not forget that Sony’s new PSP is on the horizon as well, which throws yet another wrinkle into this matter. If one thing’s for certain, there’s never been a better time to be a mobile gamer as the mobile gaming scene continues to expand and evolve at an incredible pace.

[Via Gizmodo and Wall Street Journal]