Ever since Gameloft’s Order & Chaos Online showed up for download on the Canadian App Store this morning, our forums have gone wild with speculation regarding gameplay, how the IAP works, and everything else. Since the release is Canada-only right now, and the game isn’t free, it has left all of our “Canadian" forum members on the outs anxiously awaiting impressions from the few actual Canadians out there. Consider this post a continuation from the one from earlier today, so check that out first if you haven’t already. 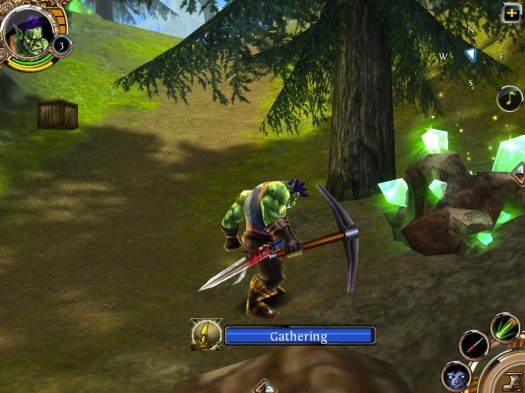 I decided to play an orc ranger because I wanted to play on the chaos side of things and I’ve always been partial to ranger-like classes in general. Starting the game, you’re inundated with various tips, all of which will be incredibly obvious to anyone who has played an MMORPG before. The early quests, like most (all?) MMORPG’s walk you through how the basics of the game works, and the path my orc ranger took involved slaying pigs, killing crabs, and various other low-level kill quests before I decided to go exploring.

Fast travel in the game works through a portal system, instead of flying places you’re able to find a portal and just instantly warp from place to place for a small fee. I actually like this quite a bit because when playing World of Warcraft, flying somewhere was basically little more than a time sink. As mentioned in the previous post, the quest system also includes a waypoint arrow that points from your character to either the quest objective or the quest giver to go turn it in.

By and large this works decent, up until you get into areas that are a little more complicated than the starting town that have hills and other obstacles that prevent you from running directly to where the arrow is pointing. In these instances, finding the objective can be fairly difficult because the objectives don’t appear on your map anywhere, and the quest text is often fairly vague (likely assuming you’re going to be using the arrow.) Also, things get really confusing once you start warping around, as quests don’t seem to be broken up by region. Early on it suggested I warp to Silence, a nearby town. It took me a good 20 minutes to figure out where I was originally and how to get back to all of my low level quests. 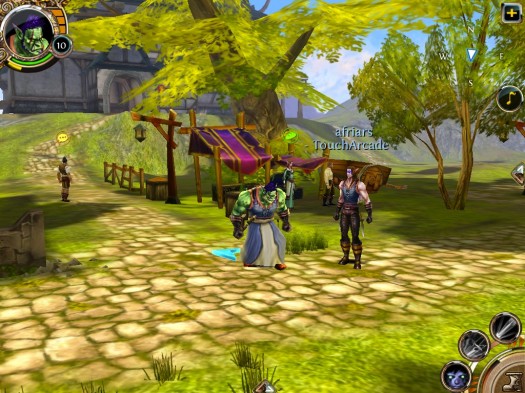 The interface of the game works basically how you would expect. Touching the left side of the screen works like a virtual joystick, and touching the right controls the camera. Pinching moves the camera in and out, and buttons frame the screen that perform all of the other functions. Targetting is as simple as tapping enemies, and for the most part combat works reasonably well.

Of course Order & Chaos isn’t without its launch day flaws. Pathfinding for monsters seems laughably exploitable, and attacks don’t seem to obey line of sight. If you’re experienced at kiting, you can take down enemies that are much tougher than you should be able to fight. Monsters also seem to have very short leashes so you’re rarely ever in danger of dying because you can just run away a few steps.

Death is handled in an interesting way, and is one of the most useful things that I’ve stumbled across so far that the IAP runes can do. When you die, you’re given two choices: Respawn at a graveyard, or at the cost of one rune, resurrect right where you are. Otherwise, the runes seem to serve little permanent purpose aside from buying in-game vanity pets. Other uses for these runes include both temporary stat boosts along with boosting the rate that you gain experience. 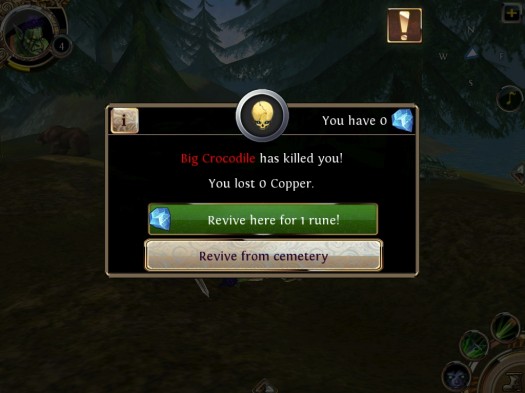 Potential players on our forums are worried about this upsetting the balance of the game, but I don’t really see that happening in the long term. The experience boost item costs 25 runes, which amounts to almost $5 and only lasts an hour. Sure, I’m sure that some people will buy these items, but the low length of time that they’re effective combined with their pricing makes me think it really won’t be much of an issue.

Also, while you can buy gold in game to buy things, you also seem to earn plenty of money for whatever you’d want to do just by playing. Every MMORPG that I know of has third party markets that players can buy gold from, so all Gameloft is doing here is moving things in house and cutting off any third party market. What I’m getting at here is I don’t think the IAP is anything to get worked up over.

Anyway, on my way to level 10 I’ve come to the sad realization that there doesn’t seem to be any world PvP (Yet?). The order and chaos factions don’t seem to make any difference, as you’re able to hang out with people from either faction and even invite order characters in to a guild started with my chaos character. The only PvP I’ve stumbled across is finding someone to duel me in town. 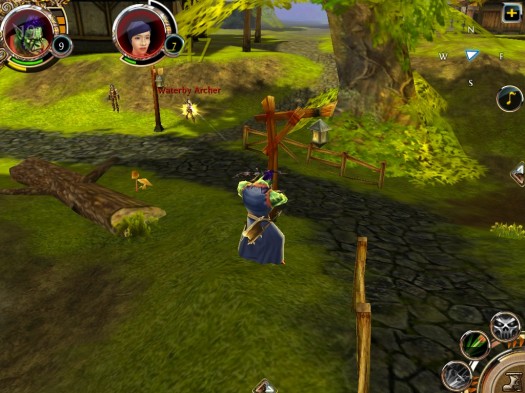 I’m liking the quest system, even though it doesn’t really do anything new or exciting. In fact, almost all of the core gameplay is lifted straight out of World of Warcraft, which isn’t necessarily a bad thing. Quests chains often have you going back and forth between different NPC’s, and delving deeper and deeper into enemy camps. Loot is plentiful, and it always seems like you’re either on the verge of upgrading something, or leveling and getting another talent point to assign somewhere (which also works very WoW-like).

As mentioned, I’ve yet to come across any kind of PvP, or any dungeons to speak of. Because of the Canadian release, the world is quite barren of players so I’m not even sure grouping up is possible right now. Regardless, I’m going to keep playing and see what else I come across. My initial impressions from five or so hours of playing is that Order & Chaos Online is a textbook Gameloft game. It copies the important parts from what it’s imitating, loses some depth in the process, but overall feels remarkably competent. If you’ve been looking to get your WoW fix on the go, this is it.

I’ve started a TouchArcade guild on the Arcadian Forest server, and my character name is “Eli". If you add me to your friends list, then send me a whisper in game I’ll invite you to the guild. I’m also not sure what purpose being in said guild has, but at least we’ll have some rockin’ guild chat if nothing else.