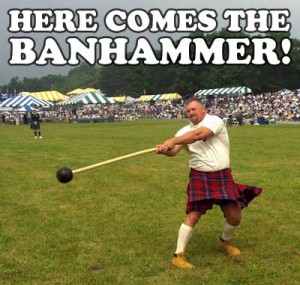 Yesterday we posted a highly speculative article regarding Apple potentially changing the App Store charting algorithms to put less weight on the sheer number of downloads an app has, and instead potentially prioritize other metrics that better represent what people are actually using rather than downloading and deleting for bonus credits in freemium games/apps. Well, quite a bit has happened since then, and according to our Xoom-using friends at PocketGamer.biz Apple has started actively rejecting updates to apps that offer any kind of virtual currency in exchange for downloading another app.

It all comes down to the gloriously vague phrasing of 3.10 from the iOS developer program license agreement which all developers need to agree to in order to be listed on the App Store:

Developers who attempt to manipulate or cheat the user reviews or chart ranking in the App Store with fake or paid reviews, or any other inappropriate methods will be removed from the iOS Developer Program.

Where, err, “things" get real is when you consider that the companies behind these pay per install programs have since turned into multi-million dollar businesses, many fueled with scary amounts of investor cash. Tapjoy in particular, which is the largest pay per install outfit is funded to the tune of $40 million dollars. However, Apple clearly isn’t happy that these companies are gaming their charts, while making millions doing it, and as the keeper of the App Store walled garden it’s totally within their rights to pull the plug.

What this will do to the freemium game market as a whole is hard to predict. If our assumptions yesterday about the new algorithm are true, and Apple sticks to their guns rejecting games that include any kind of pay per install service, many developers are going to need to substantially alter not only how they develop and market their games, but potentially also how they do business as a whole in the free to play sector.