Remember all the fuss in the various discussions both on our forums and in the comments thread of virtually every Superbrothers: Sword & Sworcery EP [$4.99] regarding it being iPad only? It’s totally understandable, especially considering the early previews were all on iPhones, but somewhere along the development the team switched gears to the iPad, which obviously resulted in the iPad game hitting the App Store first. 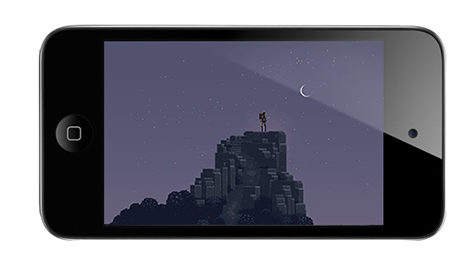 Well, we just got word that all the iPhone version of the game will be launching this Thursday for $2.99. In addition, much like World of Goo [$2.99 / HD], the existing iPad app will be updated to be universal. And if all goes as planned with this week’s release, the universal update and the new iPhone app will hit at the same time. I for one would really love it if this recent trend in making “HD" versions universal catches on like it seems like it might be.

If you haven’t yet, check out our Sword & Sworcery review for more information on the game. We loved playing through it on our iPads, and expect the iPhone version to be just as awesome.