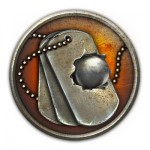 Hey there, do you like over-the-top action movies from the 80s and early 90s? And do you like pinball? Have you always dreamed that both of these things could be magically fused together in a game for your favorite iOS device? Well Gameprom is ready to make your dreams come true with their upcoming game War Pinball HD.

Gameprom has been one of the preeminent pinball developers for iOS, with their Wild West [99¢], The Deep [99¢], Jungle Style [99¢], and Slayer Rocks [$2.99] pinball games all garnering huge download numbers and earning many fans. All of these games are available individually or in a single app called Pinball HD [99¢/HD]. Two hallmarks of Gameprom’s pinball games have been really solid physics behavior, which can often make or break a pinball video game, and impressive graphics which are rendered in full 3D.

War Pinball will retain these hallmarks, and I was able to play a preview build of the game at GDC a couple of weeks ago. If you’ve played any of Gameprom’s previous pinball games, War Pinball feels very in line with those experiences, which is to say it’s a lot of fun. What really surprised and delighted me was the theme of the game. War Pinball will contain 3 separate tables, each one crafted after a war-themed action movie. There’s one based on Platoon, one for Navy Seals, and one for Missing in Action which features prominent Chuck Norris decor.

The first trailer for War Pinball doesn’t show off a ton of gameplay, but in true action movie form it features a montage of all 3 tables:

War Pinball was looking great when I checked it out at GDC, and I’ve been enjoying a preview build on my iPhone ever since. The evolution of Gameprom’s pinball creating prowess is clear in each new game, as War Pinball is a much more complex and strategic game in comparison to the relatively simplistic Wild West Pinball. The game has already been finished and shipped off to Apple for review, complete with optimizations for the new iPad 2, so we’ll be keeping our eyes out for it to hit the App Store soon.