On a gloomy and rainy day in Boston, I stood around with hundreds of other people to secure myself an iPad 2. It had potential to be miserable, but thankfully Apple provided some really awesome umbrellas in addition to the normal array of beverages and snacks they usually give to people standing in launch day lines. There have been a number of review on the device already, so I’ll just focus on how the device works in games. (Although, I will say you must get a smart cover, they’re awesome.)

Unsurprisingly, everything I’ve tried seems to run substantially better across the board. Games that previously chugged on the iPad now run at or near a solid 60 FPS. In fact, I’ve yet to play a single iPad game on my iPad 2 that didn’t perform phenomenally. It’s fantastic, as over the last year of talking to developers I’ve heard many tales of woe regarding the poor graphical performance of the original iPad.

If you just got an iPad 2 and are looking to stretch its legs, the device launched with four games that have been “optimized" for the device. Only one of them is even a new game, the rest of them all had free updates land today to beef up the graphics (and the file size, unfortunately) for the iPad 2. 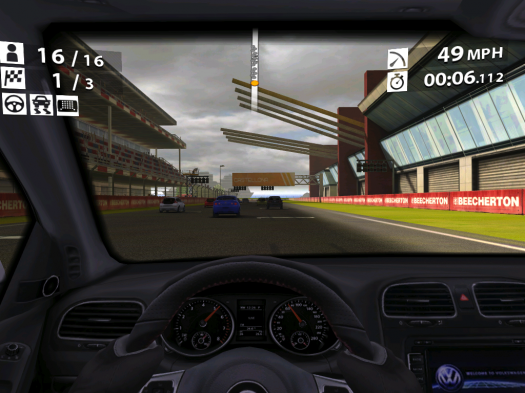 Real Racing 2 HD, $9.99 – There’s not a whole lot to say about this game that we haven’t already other than it runs on the iPad and looks fantastic on the iPad 2. We loved the iPhone version in our review, and RR2 HD almost feels even more immersive because of the increase of screen size. One thing though, with the bigger screen, just how flat the cockpits of the cars look is much more noticeable. I’d love to see some bump mapping or other depth given to them, as once you notice it, it’s kind of hard to un-see. Obviously, it runs much better on the iPad 2 than the original iPad as well. 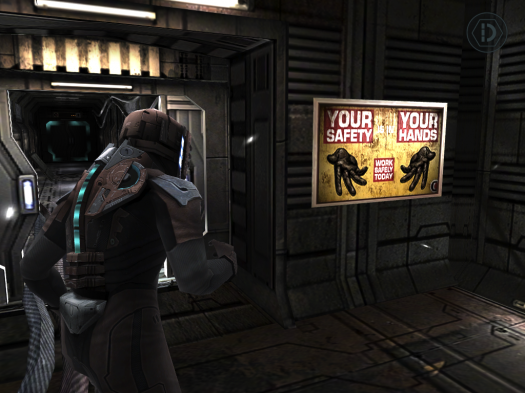 Dead Space for iPad, $6.99 – We reviewed this game when it was first released and liked it then, and now it’s even better with some heavy anti-aliasing. Check out the crisp border of the sign in the above screenshot, on the original iPad that’s jaggy as all get-out. This new iPad 2 version of the game looks good enough that it’s worth re-playing the whole game over again just to see it. 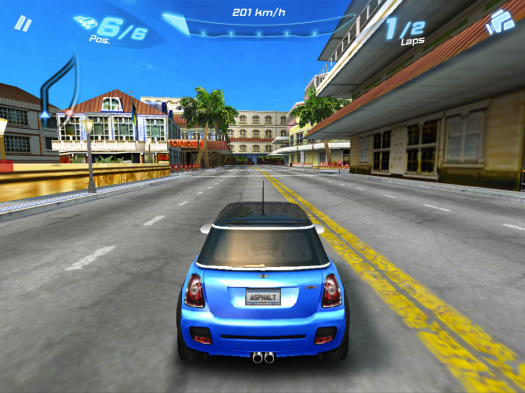 Asphalt 6: Adrenaline HD, $6.99 – This is the most underwhelming of all the “optimized" games. It runs great on the device, and the draw distance is crazy, but after playing Dead Space or Real Racing 2 HD, the lack of anti-aliasing really sticks out. Also, while the draw distance is far enough out to completely eliminate pop-in, power-ups and other cars still seem to pop-in even though the scenery doesn’t. It’s a good effort I suppose, but if you’re only going to pick up one of these iPad 2 games, don’t let it be this one unless you’re just crazy about Burnout-style games.

Infinity Blade, $5.99 – As we said in our initial review, “It doesn’t get much more ‘must-have’ than this." That goes double if you’ve got an iPad 2. This gesture-based sword-fighter looks nuts. So nuts I posted a completely separate comparison post between the iPad and iPad 2. Infinity Blade is such an impressive display of what the iPad 2 is capable of that it should have come preloaded on the device.

These four launch day games are very impressive, and I doubt I’m alone when I say that I can’t wait to see what developers come up with on this substantially faster device.