Back in 1996, way before Max Payne and way, way, way before Alan Wake, developer Remedy Entertainment released a top-down racer called Death Rally for DOS. It was neat for its time. You played as one of several cars in a series of bullet-spewing rallies. The end goal was the finish line, but it didn’t matter if you demolished all your foes before they whiffed the checkered flag. Plus, there was a deep upgrade system that kept you re-tooling your base cars for more attack possibilities.

As you may have guessed by now, Death Rally is being re-released for iOS. It’ll land at some point this month and appears to have about it a certain mix of reverence and new age to make it fun to play in 2011. At least, that’s the impression I walked away with after seeing a brief demo of the title at GDC 2011. 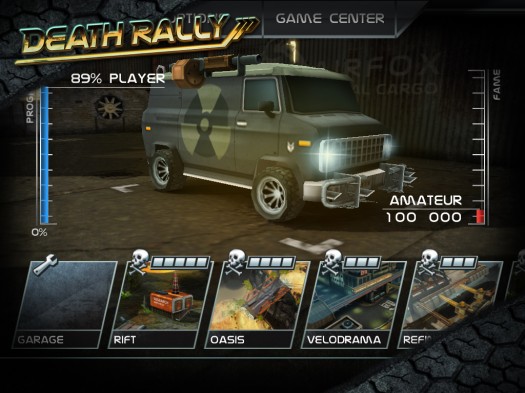 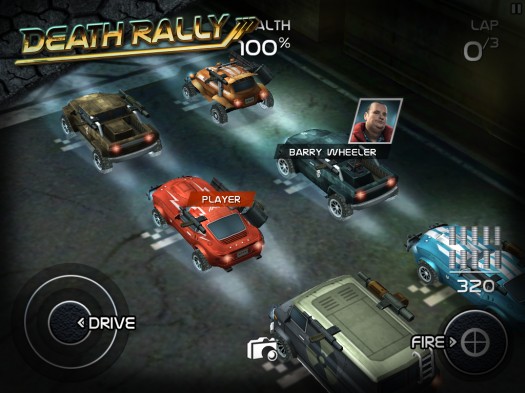 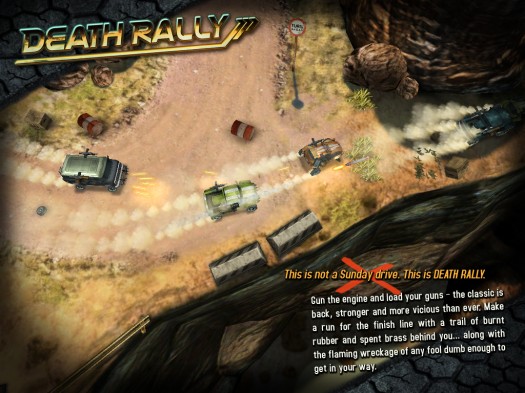 As the screenshots above show, the game’s undergone a huge makeover since its DOS days, bringing crisp, clean visuals which, awesomely enough, are married to what appears to be a solid racing title. I use that modifier because I’m not quite sure what I think of it yet — I was repeatedly told that levels were still being tooled and the game still needed balance testing.

One thing for sure, though, is that the weapons and effects are wicked cool. Also, expect to see some awesome cameos. I was told Duke Nukem will be one of your opponents and Barry Wheeler of the Alan Wake fame is definitely in the game, too.

This’ll be an interesting release and, really, I can’t wait to get my hands on it to give you a much better indication of what the game has to offer and who it might appeal to. Until then, though, look at the pretty screens!