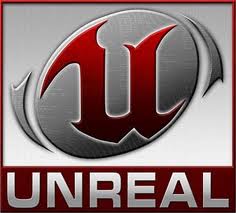 One of the big news items of 2010 in the world of iOS was the unveiling of the Unreal Engine on the platform. Epic Citadel [Free] was the first taste we got of this fantastic engine, with Infinity Blade [5.99] hitting the scene a little later as the first real game using the engine. Since then, there hasn’t been a whole lot of activity with the Unreal Engine on the App Store. Trendy Entertainment released both Dungeon Defenders [99¢] and Chicken Coup [99¢] but that’s about it as far as UDK games on the App Store is concerned.

Why so few games? Well, it all comes down to licensing. Previously, the Unreal Engine was free to use until you crossed the $5,000 mark in sales. This made using the Unreal Development Kit a little hard to swallow for most developers, especially as the proverbial pie was sliced so many times between Apple’s percentage, any potential publisher’s percentage, and Epic’s percentage. This didn’t leave much left for the actual developer, and unless you could guarantee that your game would be wildly successful, it didn’t make much sense to use.

Mark Rein recently announced that this royalty threshold has been increased to $50,000, which hopefully will be much more enticing to developers. We’ll still need to see how this all plays out over the next year, but from we’re sitting, the Unreal Engine seems even more appealing now. If you were a developer that previously wrote off using the UDK because of royalty fees, it may be time to reconsider.