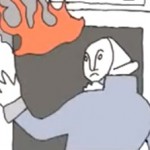 George Washington’s name day came and went without the dozens of celebratory App Store sales we associate with federal holidays. I’ll admit it; I was ticked about this at first. Not only was George the US’ first president, he was also the tallest, strongest, and best endowed. A dude as great and beautiful as he was needs to be honored by price-slashings. But, hey, now I’m not so sore about the situation. Gameloft realigned my humours and tamed my choler with this beauty of a sale, which sees 30 of its games reduced to less than a dollar.

That’s a lot of games, and a lot of iPad HD versions for sale, right? Oh, and to be clear, I’ve no idea what Gameloft is throwing a sale for… but I’ll go ahead and keep pretending that its celebrating the greatest man (not named Tesla) who ever graced this Earth.