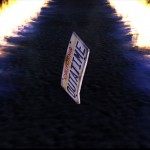 You have to hand it to the Telltale Games’ crew behind Back to the Future Episode 1. Not only did it manage to create a terrific licensed-based game, it also innovated within the IP without stomping on what makes it great. From the voice work to the music, to the clever writing and look, this is faithful, though more light-hearted, extension to the series.

I tend to imagine of this game as a virtual melting pot filled to the brim with the stuff that makes Back to the Future great — the dialogue, the boyish adventure, the characters, the audio, and the inventions of a madman scientist. Telltale stirs this all together and makes a harmonious whole.

The audio in particular tickles me. The voice work from the sound-alike part of the cast is stunning, and while Christopher Lloyd can expose his advanced age with some of his exasperated deliveries, he does a great job reprising his role as Doc Brown. The original series’ music also gives the game a satisfying movie vibe, which is fitting as a result of its strong point-and-click roots and cinematic flair. 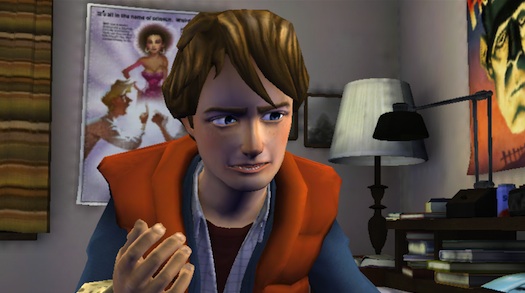 One spot I would have liked to see a bit more oomph in would be the tale itself, as its has a much lighter tone than the movies. The repercussions of the time-splitting shenanigans of Brown and Marty seem distant, the dialogue is less crude, and Biff isn’t as dark of an antagonist. Overall, the tone mimics the cartoonish and rubbery visual style.

That said, I dig the story for what it is: a gleeful romp filled with Telltale’s signature warmth and humor on top of the franchises’ own blend. And while Telltale does take some artistic liberties by heaping in new, quirky characters and unique situations, there’s plenty to enjoy as a Back to the Future fan. You’ll hear the lines you’ll want to hear spill out in natural ways, and see the characters you love react as you’d imagine they would. Good, fun stuff all around. 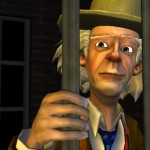 The plot goes something like this. Marty, six months after the events of “Back to the Future III," is beginning to miss Doc Brown. And soon after he goes back to peruse Brown’s old lab, he finds himself attempting to save the old man once again. This time, though, the rescue is in a swingin’ Prohibition-era version of the series’ fabled town featuring a young Doc Brown.

The puzzles in Back To The Future are shaped for a wider audience, no doubt. Most are disposable, easily passed by with a dash of thought and basic game-side item use logic. In stark contrast, the more action-oriented puzzles linger beyond their welcome and feel as if they’re artificially elongated to milk a certain scene. And that’s not to say that the puzzle experience is bad; I didn’t mind the lean back kind of adventure experience, but Monkey Island-style involvement this does not require.

On an unrelated note, this probably isn’t an port of the PC version in the traditional sense, but the mouse-centric menu navigation leaves much to be desired on iPad. However, Telltale’s slick virtual stick interface rears its head in this game providing a native-like movement experience. You can walk or run wherever by dragging your finger or, optionally, by pointing and clicking on an item of interest.

So, yeah, if you’re in the market for a great Telltale Games point and click joint or an actual, quality Back To The Future game, hit iTunes and get playing. There’s a ton to like about Back to the Future.

Note: On performance: there’s some slight frame rate chugging in some of the action-heavy sequences. Also, while the characters and the prominent textures look fine, you’ll notice a smattering of low-res texture work on unimportant objects. This stuff is distracting to some degree, but it never kept me from enjoying the game.