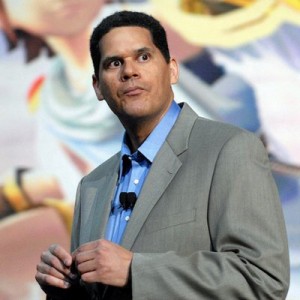 Can the Nintendo 3DS succeed in a world where your typical handheld game now costs between one and ten dollars? That’s one of the questions we’re asking ourselves as we consider the new-fangled handheld and it’s one that Nintendo is certainly considering as it launches its device whose games will, probably, cost between 30-45 dollars.

In fact, here’s an answer to that from Nintendo president Reggie Fils-Aime. To him, it’s all about value. Obviously, he thinks 3DS games will be able to offer more at their price points than app developers can offer at theirs.

“I actually think that one of the biggest risks today in our industry are these inexpensive games that are candidly disposable from a consumer standpoint," he told GameTrailers in a recent interview. He was then asked if he thought Angry Birds was disposable.

“Angry Birds is a great piece of experience but that is one compared to thousands of other pieces of content that, for one or two dollars, I think actually create a mentality for the consumer that a piece of gaming content should only be two dollars,” he said.

“I actually think some of those games are overpriced at one or two dollars but that’s a whole different story.”

As Eli mentioned to me earlier, it’s hard to argue with that logic. People are beginning to expect low prices, which is a bummer. Truly epic, expansive, big-budget games like Dragon Quest IX just straight up are never going to be made again if the developer is expected to sell it at .99 cents. But, on the other hand, smaller experiences like, say, The Rub Rabbits? We shouldn’t be paying top dollar for those, that’s for sure.

[Via GameTrailers and Eurogamer]