German developer Crytek, probably best known for its astounding visual work on an otherwise dull FPS called Crysis, is fishing for an iPad and iPhone developer with knowledge of Android development, according to a job posting on Develop Jobs.

The posting doesn’t give much away in terms of what this could be for. The closest thing to game-related that I can find is this little sentence: “Designs and develops complex, integrated iPhone / iPad applications.” And, yeah, I’m reaching here.

I’m guessing three things about this posting: (a) this job is for an app that’ll be used as a supplemental or a marketing tool for Crysis 2, which is slated to hit the Xbox 360, PC, and PS3 later this year OR (b) this is for a brand new game that might use CryENGINE 3, Crytek’s engine that’s being used in multiple upcoming console and PC games this generation OR (c) this is an R&D thing. 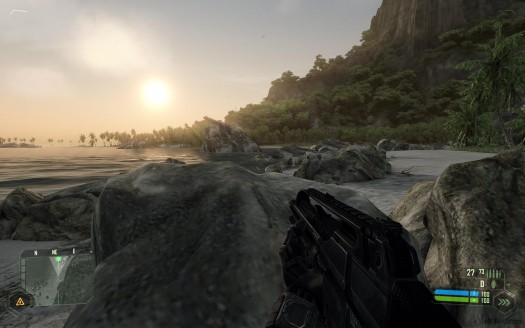 Say if this is actually a brand new game using that engine, there’s a good possibility it could be used as a tech demo of sorts. Crytek wants to license out its engine and, I’d imagine as a business, wouldn’t mind getting it into App Store developers’ hands. But this is just speculation — I could be horribly, terribly wrong, so keep your pants on graphics-philes. For all of our sakes. Thanks in advance!