It’s not unusual to see a mechanic from a popular game used in a newer game from a different studio. Games inform each other. This is how the medium evolves and how we get better games. Unfortunately, it’s not unusual to see a game on the App Store — or even on the PC or consoles — that takes way too much from another, much more popular or influential game. But what makes this case of App Store wholesale “borrowing" special are the parties involved, the extent of the copycatting, and the role reversal. For those of you playing at home, this is a story about an indie and a big developer, and it’s the big developer slotted into the role of villian.

Earlier this month, Capcom Mobile released a title called MaXplosion [$.99] on the App Store, a game that bears several striking similarities to indie developer Twisted Pixel’s Splosion Man, an original Xbox Live Arcade title released in 2009. From level design, to title, to mechanics, to even character design, MaXplosion appears to take a lot — too much for Twisted Pixel to be cool or comfortable with it. 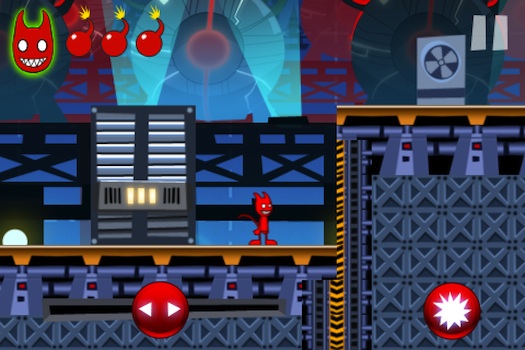 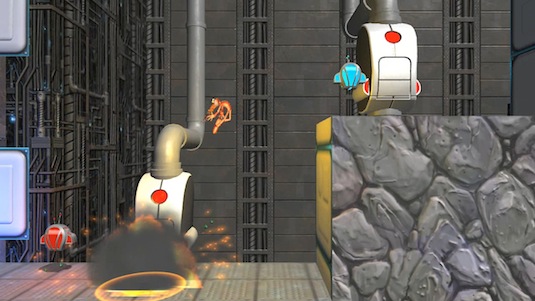 “I think we feel more incentive now to make a mobile game than we did before,” Twisted Pixel CEO Michael Wilford told me via e-mail. “We don’t have anything specific to announce just yet, but I think it’s safe to say that we’re going to do something.”

“We’re not really in a position to bring any kind of action against Capcom, nor would we want to since we’ve got games to make, but what we can do is make a better game than they can. Unfortunately for Capcom, it seems that most gamers are savvy enough to know when shit’s being ripped off. “

One important note to make here is this little wrinkle: Twisted Pixel pitched Splosion Man to Capcom US before its eventual release on XBLA. Capcom passed on it and then years later we get MaXplosion.

Like Wilford told me, Twisted Pixel isn’t going to pursue legal action here because (a) it’s too small to fight the man and (b) yo, Mega Man was pretty damn good. “We’re definitely not going to pursue legal action," Wilford re-iterated to Joystiq. “While I think the similarities are pretty nauseating, we’re too small to take on a company like Capcom. That, and we owe them one for inventing Mega Man, so we’ll let them slide." Instead, Twisted Pixel would like to fire back with it’s own iOS release, which is a radical response to the matter, I think.

Capcom Mobile is apparently crafting a statement that might be released as early as later today, according to that Joystiq post. We’ve contacted the studio as well and do hope to hear back about all of this… borrowing going on.