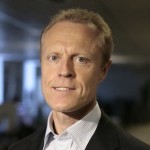 Friend of TouchArcade and IGN Wireless writer Levi Buchanan recently published an awesome interview with Gameloft CEO Michel Guillemot. Chances are that you’ve already seen a couple of the quotes floating around on the Internet, as they’re irresistible to bloggers. Guillemot, surprisingly, doesn’t address topics of conversation with the usual stoneface, marketing-conjured replies we’ve become accustomed to when listening to corporate types.

Here are some notables from the convo and I think you’ll get what I mean as you pour through:

Check out the full interview for your needed dose of context — it’s pretty important, especially in regards to the Gameloft copycatting issue that always seems to raise the collective gamer choler. You’re not angry right now, right? Please calm down!