At the beginning of this month, I had the chance to check out all of EA Mobile‘s holiday lineup at a special hands-on event in San Francisco. There were a number of interesting titles on display, most of which have since been released to the App Store. But there was one title that was easily the show-stopper of them all: Dead Space. This mobilized version of the 2008 console hit looked stunning for an iOS title, and surprisingly encompassed just about all of the gameplay aspects that you would find in the original console release.

Story-wise, the iOS version of Dead Space will act as a link between the original game and the upcoming Dead Space 2 on consoles. There has been a lot of talk in our forums about the possibility that Dead Space would be on rails, and with the recently released games Rage HD [$1.99] and Infinity Blade [$5.99] that focused on limited mobility (though both are still quite excellent), I can see where they’re coming from.  After actually playing the game though, I can put those worries at ease as Dead Space is a full-mobility third-person shooter just like its bigger console brother. The onscreen HUD is minimalist, and the controls use a touch anywhere movement scheme and some intuitive gestures for performing actions in the game. 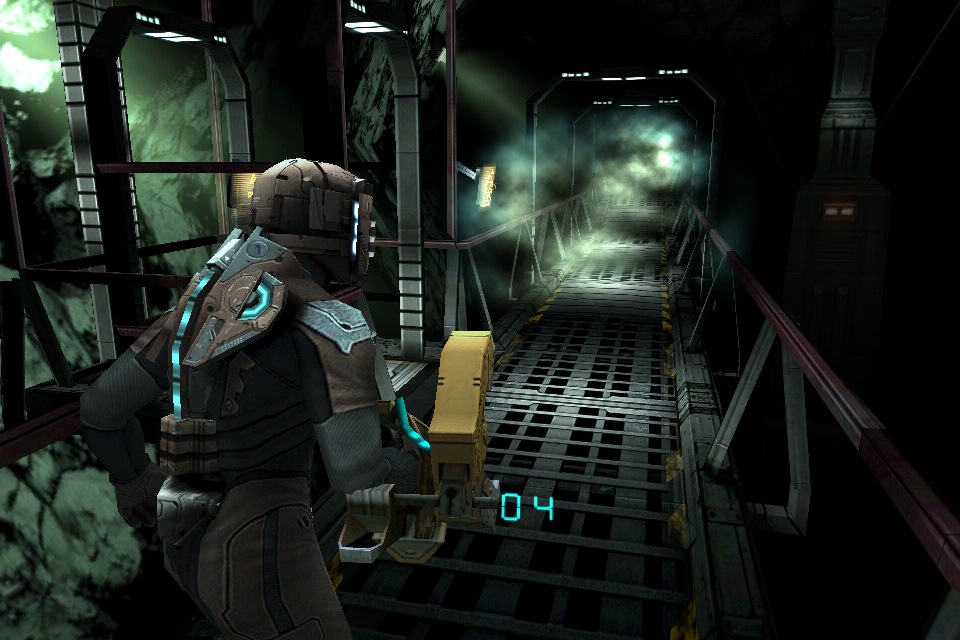 The first level of the preview version I played took place on a moving tram-like platform, and I had to take out enemies that popped up as the platform made its way down a creepy tunnel. Here, mobility was limited to the tiny platform, but once it arrived at its destination, a control station, the game allowed for movement and exploration. There wasn’t much time to explore, though, as immediately enemies descended upon me once again. After alleviating enemies of their various limbs, and dispatching the ones that kept on crawling after me, I was able to visit a computer console where I could upgrade my weapons. After that it was time to move onto the next portion of the station, and that’s where the much-too-brief demo ended. 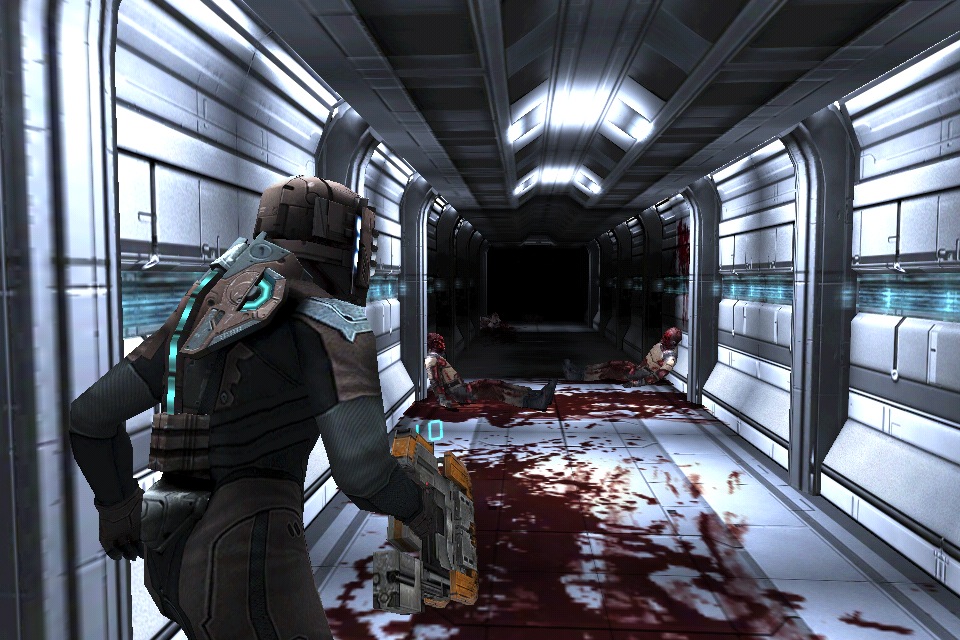 What I took away from Dead Space on iOS is that it’s one of the most visually striking games I’ve seen thus far. The lighting and atmosphere of the levels is almost up to par with the console games, and from what I can tell it will come close to matching all the same gameplay functionality as well. Despite the minimal UI, there’s a complex control system underlying the gameplay in Dead Space, and it’s not something that was easily grasped in a 10 minute hands-on demo but it piqued my interest enough that I can’t wait to dive into the final release. Hopefully that won’t be too far off, as EA has told us that Dead Space should launch sometime in January, so drop by the discussion thread in our forums to pass the time until launch next month.