Well this came totally out of left field, but there are few surprises that I appreciate more than “Oh hey, by the way, there’s a new Monkey Island game." Monkey Island Tales 1 HD [$6.99] is the first part of a five episode series of adventure games that was originally released for the PC and Mac, as well as making appearances on both WiiWare and PSN. The game takes place in a 3D environment where (much like other Monkey Island games) you guide Guybrush Threepwood through a series of misadventures. These puzzles are very similar to other adventure games and involve clever use of the environment, items, and dialog choices. 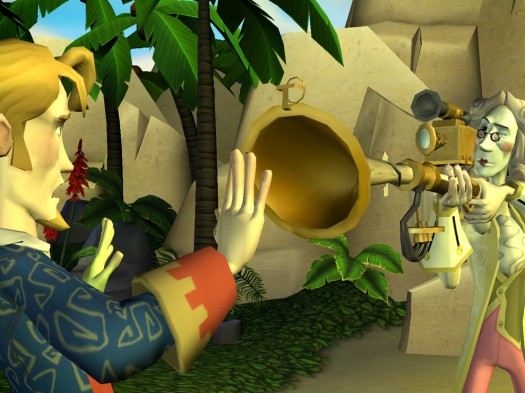 We haven’t gotten official word yet on when the rest of the series will be making their way to the App Store, but the original episodes were released on the PC about a month apart, so I’ve got my fingers crossed for episode 2 sometime in January. We plan on taking a closer look at the game, but with the onslaught of releases today we’ve got quite a huge pile of games to go through. In the meantime, swing by the thread in our forums.