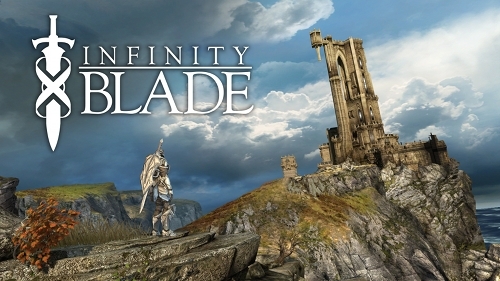 It’s easy to get the gist of Chair Entertainment’s Infinity Blade by watching a sizzle reel or by reading the various impressions pieces on the web. It’s a medieval action RPG that pits you against various titanic foes in pitched battles that’ll require you to approximate sword slashes and parries with swipes and gestures. But what you won’t get from these mediums are specifics.

This is why I contacted Chair for an interview about IB. The game looks so great, looks so promising, that I just had to know more about it. The man I spoke with, Chair creative director and lead designer on IB Donald Mustard, filled me in.

It’s More Of An Action Game
Think of the RPG aspects of Infinity Blade as a strategic compliment. The action part of the game, which has you reacting to attacks from large and small foes, and then dispensing your own punishment composes the core of the game.

When we sat down to look at the device and we had an opportunity to make a game for it we kinda had this idea kicking around in our heads for awhile about how could we make a really cool sword-fighting game that actually felt like you were sword fighting as opposed to mashing buttons. We thought that the touch screen on these devices would be the perfect place to do something like this.

Right down to its core, we thought it’d be really fun to have a game where I could have a big, nasty enemy on the screen that’s coming at me with a sword — a sword that could be coming from any angle at any time. And because I have a touch screen, I could swipe my finger exactly where that sword is coming at me and parry it away and knock that guy’s blade back and then swipe at the guy.

As for those RPG elements, they come from how you customize your character with items like swords, shields, and armor found in the environment. Every sword and shield has EXP attached to it — as you use the item, the EXP drains into you and into your overall EXP pool. You’ll also master the item once it is drained. When you level up, you’ll gain skill points that you can then apply to your character, so draining an item is something you want to do. Unless, of course, this happens:

You’ll find yourself with a mastered sword that’s pretty cool, but… let’s say you have an ice sword that you’ve mastered and you’re coming up to an enemy that’s weak to ice. You’ve got a fire sword equipped currently that you’re gaining EXP from. You’re like, ‘Well, do I really want to re-equip my ice sword that I’m not going to get EXP from in this fight? I really want to use it on this guy because he’s guarding a treasure. I know can beat him easier that way.’

I should note that you can also use magic rings to cast spells. You’ll have to draw the symbol of the spell on the screen. These can level up too and become stronger. 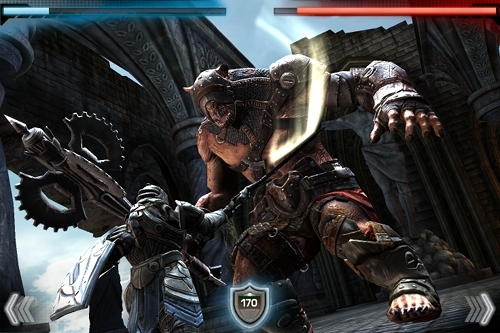 You’re A Knight In His Version Of Gannondorf’s Fortress
Interestingly, IB kicks off where most games end. You’re an aging knight at his end goal ready to square off against the God-King and his last remaining Titans. It’s an interesting twist that we’ll learn more about as we play the game.

It’s Not On Rails
There’s a lot of speculation about IB being on-rails, as in the game will do the walking for you. That phrase has stigma attached to it, despite the fact that several games have managed to be great, guided experiences. IB is not an on-rails title, but it does plainly point out where you need to go via “nodes" in the world. To me, it sounds like Myst with some actual guidance.

In IB, you’ll be able to move your character in the game world with a simple click on a destination, which is probably why it’s commonly thought to be an on-rails game. The point of this streamlined method of control, though, had more to do with ease of play as opposed to a specific point of level design at first.

We really wanted to come up with a way to navigate the castle that was different than games I’ve played on my iOS device. We’re not huge fans of games that try to emulate what a controller would do on the touch screen. We’re way bigger fans of games that use the touch screen in a unique way that’s more suited for that device. We tried with everything we did in Infinity Blade to make it a game that you can be play with one finger. That was our mantra.

When it came to navigation we settled on more… we call it cinematic click navigation. So, basically, I can use my finger to look around the environment by just holding down on the screen as I swipe back and forth to move the camera. And then I can click on certain points in the environment, kind of more like Myst or some adventure game, and then my character will cinematically move towards that location. While that’s happening, I could be picking up gold or see other nodes to go in different ways. 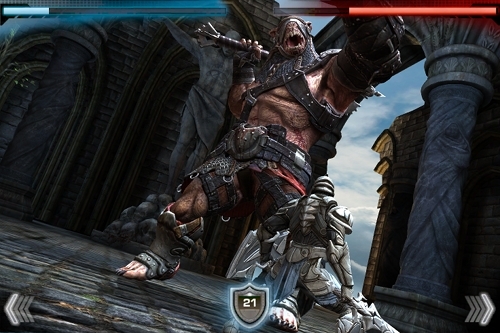 The Multiplayer Won’t Just Be Knight On Knight

Post release, Chair plans to release an update that will add competitive multiplayer to the game via Game Center. This component won’t just be knight on knight action and furious swipe fests. Chair will try to put you in the shoes of some of the monstrosities in game to make things different.

We’ve got some cool ideas, how we could make it different than what you’d expect, to make it fun. One of the things that will be key to that is not just having it be ‘my knight fights your knight.’ But having it be more like, ‘How can we have multiplayer that is a knight versus the boss?’ We want to give people the opportunity to play as the big, 15-to-20-ft. tall titan. How do we make that work in multiplayer and have that be fun and engaging and balanced? 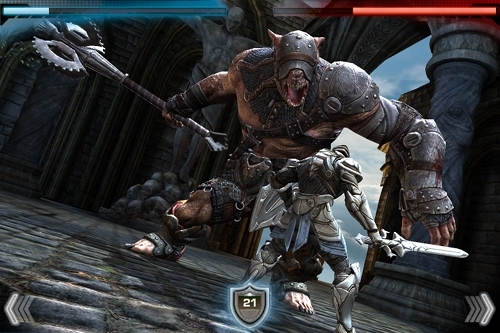 Epic Citadel Was The Show-Off App, IB Is The Game
Epic Citadel [free], which was the first App to use Epic’s Unreal 3 Engine, was a commercial. IB will be the first Unreal 3-powered game. I want to make sure you’re aware of that distinction because it’s very clear that Chair is really behind IB and working as hard as it can to make a functional, iOS-specific and friendly title.

I think there’s room for lots of different kinds of games on every console. Our personal taste is that we tend to gravitate more towards games on any console that are designed more specific to that console. So, if I’m making Shadow Complex on the Xbox 360, I’m going to do everything I can take advantage of what the Xbox 360 does well, whether that’s the way it renders graphics or the way its controller is layed out. I’m going to utilize every tool on that device to make it cool.

The same with a touch screen device. There’s a lot of things you can do with a touch screen that I can’t do with a traditional joystick. And we tried to focus the game design to really take advantage of swipes and clicks and different things you can do that are cool as opposed to try to shoehorn in a traditional control scheme. I think ultimately that makes for a more seamless, more unique experience.

Infinity Blade is due out this holiday for the iPhone 4, iPhone 3GS, iPod Touch, and the iPad. Updates will, as Mustard said, follow soon after its release.