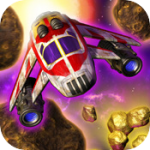 Way back at E3 in June of this year, developer Venan announced Space Miner Blast [Free], an arcade-focused spinoff of their full-fledged RPG-style shooter Space Miner: Space Ore Bust [$1.99/Lite]. The introduction of the iPhone 4 and iOS 4 threw a wrench in the development of Space Miner Blast, and the game that had once been “coming soon" was delayed for the next several months. Just over a week ago Venan released a trailer for Space Miner Blast to celebrate that the game was finally submitted, and indeed just a couple of hours ago the game went live in the App Store.

Space Miner Blast is free to download and play, but comes with ads in the menu and title screens and 10 second countdown timers that must be endured before beginning the game and in between levels. In addition to the default ship, there are three additional ships available through in-app purchase. Each one can be bought separately for 99¢ or purchased all at once with the Blast Pack for $1.99. Buying any ship or the Blast Pack disables all ads and timers, and as an interesting bonus unlocks Retina Display graphics for 4th generation iPhones and iPod touches. While the game looks quite nice in standard definition anyway, it’s simply stunning with the high resolution Retina Display graphics unlocked. 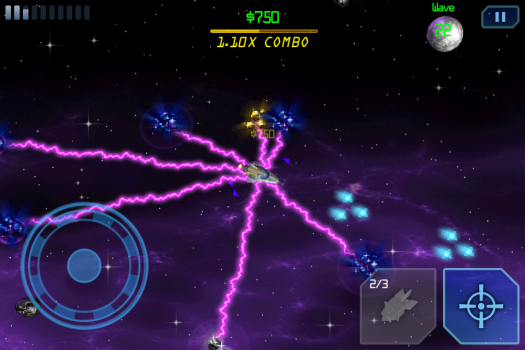 I’ve had a ton of fun in the short amount of time I’ve been playing Space Miner Blast. It offers a focused approach on the type of action found in its older sibling Space Ore Bust, and stands really well on its own as an arcade survival shooter. Game Center leaderboards and achievements come with the free version, and there are dedicated leaderboards for each of the three IAP ships as well. As a small heads up regarding the IAP, I found the way it works to be slightly funky. After choosing to purchase a ship from the ship selection screen, the game will actually prompt you to input your iTunes information before popping up with a menu showing the available pricing options for purchases. This left me wondering if I was about to be charged for something before even seeing what that something is, but alas you will have the opportunity to choose to buy either a single ship or the Blast Pack after entering your iTunes login information.

Space Miner Blast is a fun game, and player impressions in our forums have been positive as well. It’s free to download and play, so there’s really no reason not to give it a try. If you enjoy this sort of gameplay but are looking for a fantastic storyline and a whole lot more depth to go along with it, check out our original review and the lite version of Space Miner: Space Ore Bust as it is a highly recommended title as well.