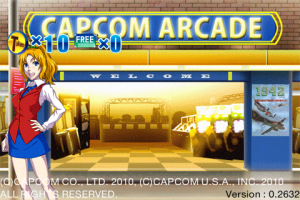 During a Capcom Media Tour event yesterday, I had a chance to take a look at a new app they are developing called Capcom Arcade. More than just a collection of arcade titles, the idea behind Capcom Arcade is to give players the same warm and fuzzy feelings of visiting an actual arcade during the golden age that was the 80s and 90s. Bouncing in and out of different games, deciding which ones to spend your tokens on, and achieving unique goals for a particular game are all components of the arcade experience. These themes are what make up the Capcom Arcade shell that will house their classic titles.

Capcom Arcade will be free to download and initially contain four games: Street Fighter II, Ghouls ‘n Ghosts, Commando, and 1942. The plan is to add at least one new game every month to fill up the arcade, and there are several different ways to go about playing the games contained within. Every day you’ll receive a ticket that is good for a limited number of free plays for whatever games you choose. The final number has yet to be finalized, but will likely be between 3 and 5 free plays per day, though the unused ones won’t carry over to the next day. If you run out of free plays but would like to continue playing, you can visit a young lady at the cashier counter and buy tokens as in-app purchases. Finally, you can also choose to flat out purchase any of the arcade games for unlimited play. 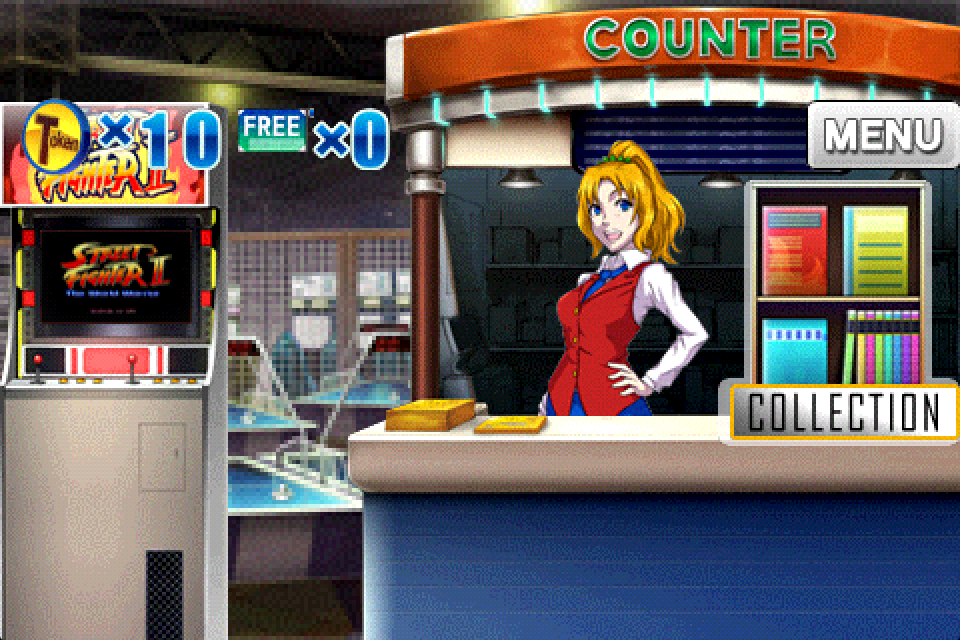 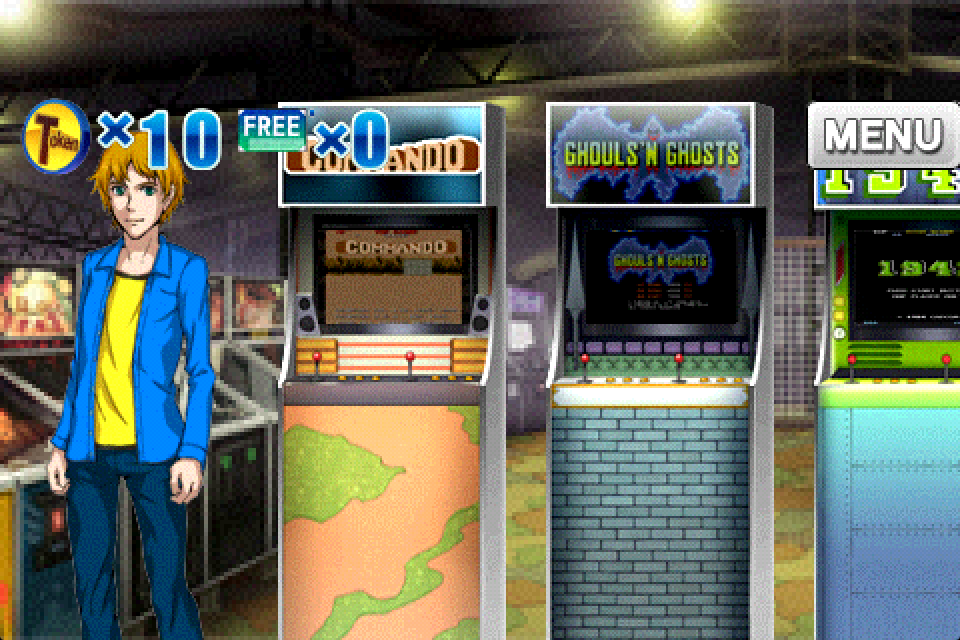 Aside from buying play time for the games you’ll also have the ability to purchase special in-game items, which are essentially cheats. For example, in games like Commando or Ghouls ‘n Ghosts you’ll be able to buy additional bodily protection that allows your character to absorb more hits before dying, rather than the one or two hits that would kill them normally. Also, since many of these classic arcade games have such a brutal degree of difficulty, you can choose to play a special iPhone-specific version from the options. This version will be more forgiving than the original, taking into account that virtual controls are not always ideal for certain games. This currently only applies to Ghouls ‘n Ghosts but may be a feature in future games down the line as well.

I had a lot of fun in the time I played Capcom Arcade, and it definitely has a ton of potential given Capcom’s huge library of classic games. The controls and performance were really impressive for each of the respective games, and Capcom was quick to point out that they aren’t technically being emulated but rather are the original games reworked for the iOS platform. I really like the novelty of being able to buy tokens to play games, or just outright purchase the ones that I’ll want to play a lot of. Plus, having a new game release every month will always give gamers something to look forward to as the arcade fills up with machines. One big part of the arcade experience that is missing here is some form of multiplayer, but Capcom assured me that it’s something they are definitely interested in adding down the line but would most likely not make the initial release.

Be sure to stop by the upcoming games thread in our forums to discuss Capcom Arcade and check out screenshots of the individual games, and be looking for Capcom Arcade to release in the App Store early next month.