Developer THQ Wireless is flexing their Star Wars license once again with the announcement of Star Wars Arcade: Falcon Gunner. THQ has brought a number of Star Wars licensed games to the App Store, including Star Wars: Battle for Hoth [$2.99/Lite] and Star Wars: Trench Run [$2.99]. This newly announced Falcon Gunner game takes a slightly different approach, unsurprisingly placing you in the gunner’s seat on the Millenium Falcon and having you blast away at enemies in an augmented reality style overlay.

We’ve seen these kinds of games before, but admittedly Star Wars: Falcon Gunner looks to be a fairly high quality effort with a nicely modeled gunner interior and the wonderful authentic Star Wars music and sound effects that I’m such a sucker for. You’ll be able to point your device’s camera at anything and watch the onslaught of TIE Fighters and other enemies come gunning for you, which leaves open the possibility for some humorous dogfighting locations (“Imperial TIE Fighter heading straight at us from the litter box sir!”). 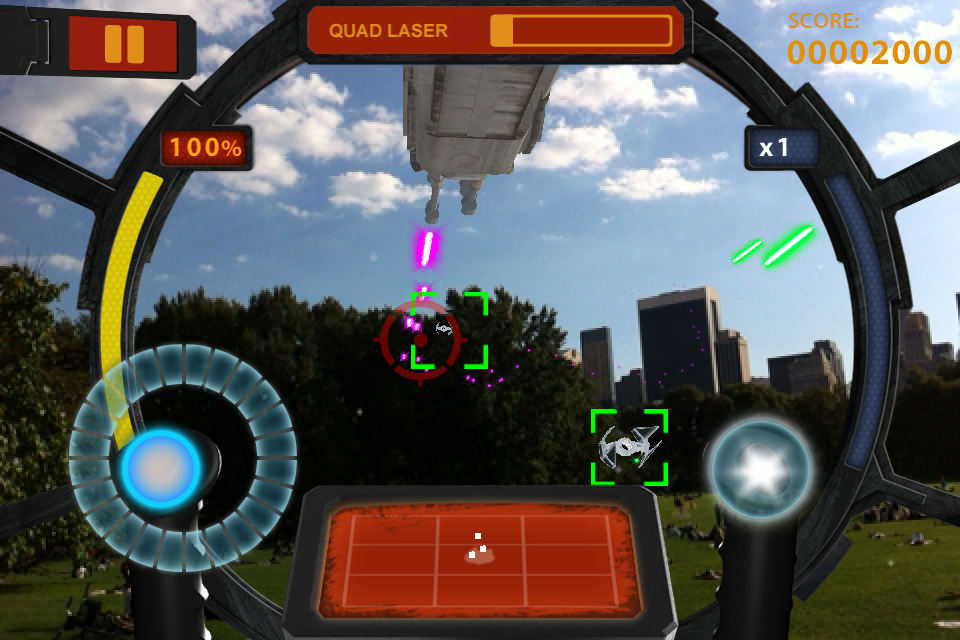 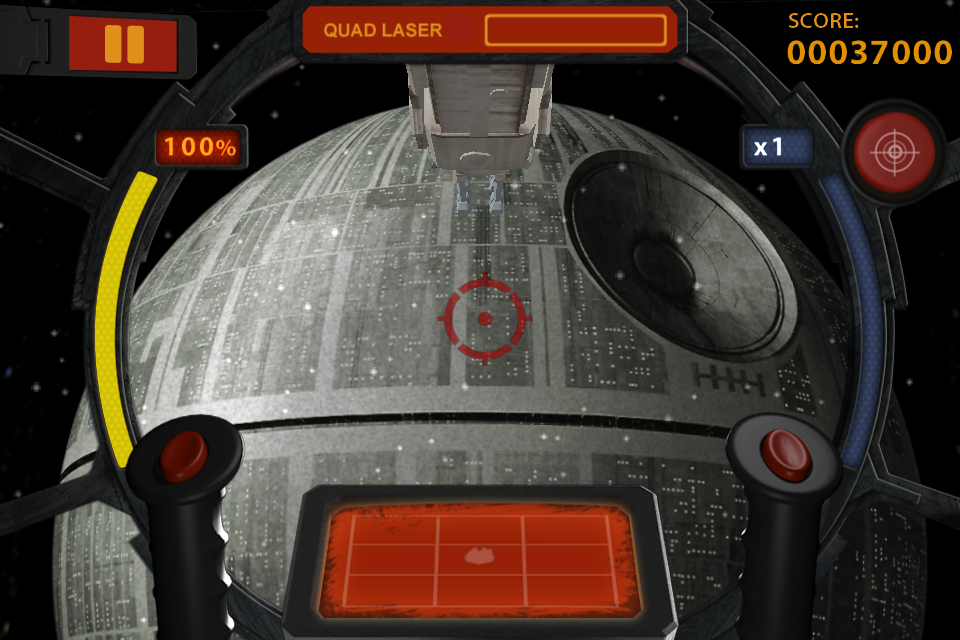 Of course if you aren’t in an area that features an appropriate battle environment, Star Wars: Falcon Gunner will come equipped with some pre-rendered backgrounds where you can play as well. This video shows Falcon Gunner being played with New York City as a backdrop:

Not many other details are known about Star Wars: Falcon Gunner at this time, though THQ is shooting for a mid-November release. Though the game won’t necessarily need to use the camera since it has the option of built in backgrounds, it looks like it will only be compatible with the iPhone 3GS, iPhone 4, and 4th generation iPod touch which are all camera equipped. We’ll have more from Star Wars: Falcon Gunner as it gets closer to release later this month, and you can drop by the upcoming games thread in our forums for some discussion on the game.