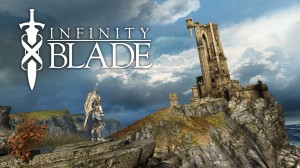 If you were excited after yesterday’s story about Infinity Blade (previously known as Project Sword), wait until you get a load of this. Eurogamer tracked down Donald Mustard, creative director of Chair Entertainment which is the Epic Games subsidiary responsible for Infinity Blade development. Here’s what someone who has spent months working with the Unreal Engine thinks about the potential of Infinity Blade and the Unreal Engine on iOS devices:

“I didn’t take it that seriously until we started making this game," he explained. “Now I’m like, ‘Oh my goodness, this is literally going to be the best looking handheld game ever made’. It’s way beyond what a DS or PSP could do.

“I think it’s going to be an interesting future, especially if in two years we can really run Gears of War on an iPhone."

Now, that two year figure assumes we’ll see incremental hardware upgrades like we have so far, and later he goes on to clarify that we’ll at least see games like this within five years. This raises other potential issues though, such as are gamers going to be interested in playing a full game experience like Gears of War on a handheld touch screen device? Will it be commercially viable for developers to invest their time in to building games of this caliber if App Store price points remain the same? What does this mean for Nintendo and other handheld device manufacturers? (For instance, Joystiq recently reported the 3DS was below the minimum requirements for the Unreal Engine.)

Regardless of what actually happens, I think we can all agree that this is an incredible time to be a gamer– Especially with an iOS device in your pocket.