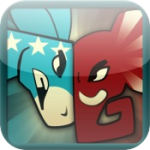 With election day quickly approaching in the USA, iPhone developer Super Boise has released a surprisingly fun free trivia game that pits the two major American political parties against each other in real-time online trivia battles. Political Fury: The Knowledge Battle [Free] begins by forcing you to pick sides between Democrats or Republicans. From there, it displays a bar that shows each party’s score, with a scale that tips from side to side depending on who is winning more games of trivia.

After tapping play, the game searches for an opponent from the opposite political party, and you duke it out in a five question trivia battle in various categories ranging from geography to current events. Points are awarded per question based on who answers correctly first, and winning a round of trivia awards one point to your party’s overall score. What’s really cool about Political Fury is how seamless it all is. There’s no annoying sign up process, all you do is download the game, choose a party, and you’re off. It uses geolocation to figure out what state you’re in, and when you’re playing someone, you see their state and their current grade. Answering properly increases your grade, and obviously, answering incorrectly decreases it. 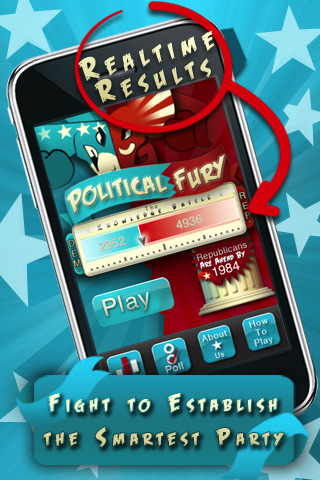 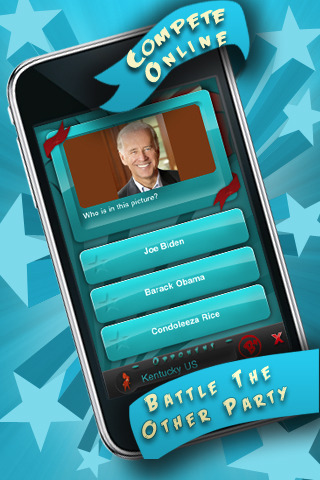 If you like trivia or have found yourself caught up in the pre-election drama, download Political Fury right away. With or without all the political mumbo jumbo, it’s still really cool to be instantly matched up against another person in online trivia wars.

Update: It would appear that this game went from free to 99¢ a few moments after this story. Given the topical nature of the game and the fact that it likely won’t have much appeal once the election is over next week, I can’t really recommend buying it unless you’d really just love to battle members of the opposite political party for a couple days.