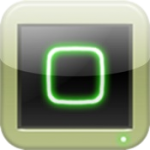 Yesterday developer Chaoji Li unleashed iDOS to the world. For 99¢, you were able to download a surprisingly fully functional version of Dosbox, a cross-platform program that emulates an IBM compatible PC running MS-DOS, tweaked to ridiculous lengths to work with the touch interface of iOS devices. We posted about it late yesterday morning, and within a few hours the story was picked up by TUAW, Gizmodo, MacRumors, Engadget, and many other media outlets before Apple ultimately pulled it from the App Store entirely a few hours later.

Originally we suspected that this might be the first of many full featured emulators appearing on the App Store following Apple easing up on approval guidelines, but after spending some time with iDOS, it became clear that someone obviously was asleep at the wheel in Apple’s approval department. First off, iDOS allowed root access to the file system of the iOS device it was run on via use of simple DOS commands to navigate outside of iDOS’s app directory. Secondly, it allowed for execution of absolutely any external DOS-compatible code from games to compilers to entire operating systems. (Some have even installed Windows 95 within iDOS.) As if things couldn’t get worse from there, iDOS also came bundled with Dig Dug and Ms. PacMan, two games that Namco not only owns, but is currently selling on the App Store for $2.99 and $4.99 respectively. 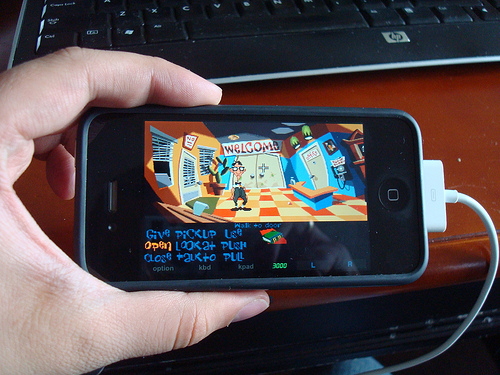 Even with the new approval guidelines those three things are in serious violation of the developer agreement, and as such it wasn’t much of a surprise to see iDOS quickly removed from the App Store. However, chances are, this won’t be the last time you hear of the project. Chaoji Li has already submitted an update to Apple removing Dig Dig and Ms. PacMan, and intends to restrict file system access if Apple also feels that’s a problem. Of course that leaves the glaring hole of complete code execution of any random executable you download and drop in to iTunes. One could be quick to jump to the conclusion that this means that iDOS is doomed to forever live in jailbreak purgatory as the freely downloadable DOSPAD, but I’m not so sure. Simply put, iDOS doesn’t follow the rules Apple set for apps that are listed in the App store; but this aspect isn’t important to understanding why iDOS is important. 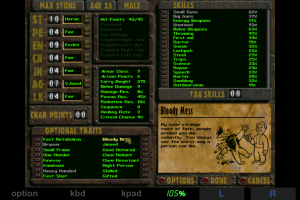 Nostalgia gaming currently is bigger than it’s ever been before as more and more people who grew up with video games as a main part of their childhood come into adulthood, and don’t seem to have any problem spending money to relive those memories in remakes, sequels, and re-imaginations of their favorite games of the past. The Monkey Island remakes are an excellent example of a game studio taking completely classic intellectual property, refreshing it, and releasing it to both a crowd of new gamers and old gamers anxious to once again accompany Guybrush Threepwood on his quest(s). Similarly, iDOS allowed both new and old gamers to play a nearly limitless supply of classic DOS games on their iOS devices.

Much like using Dosbox on your Mac or PC, quite a few games require a bit of tweaking to run optimally, but this is hardly any different from the original releases of these games. (Or as someone put it on Twitter, often times coaxing the game to run on your ancient PC via jumper settings and other wizardry was half the fun of playing it.) Regardless, quite a few games run phenomenally on iDOS right out of the box. The thread on our forums is full of people posting positive results when attempting to run all kinds of retro games and programs. I spent an embarrassing amount of time playing The 7th Guest on my iPad yesterday, with a stupid grin across my face the entire time. 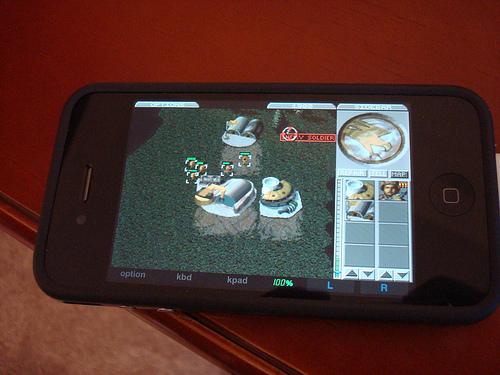 Adding all these things together when leveraged with the power of the App Store, results in the ingredients for a true renaissance of iOS retro gaming. The rate at which our story yesterday expanded to other massive blogs and media outlets proves that there is an immense interest out there for a plethora of classic PC games that iDOS is capable of running on the iPad, iPhone, and iPod touch. Chaoji Li proved that playing these games is entirely possible via his iOS-customized spinoff of Dosbox, and, with a little tweaking, many of them run quite well. The current pool of retro remakes and other inspired titles on the App Store (as well as other platforms) and their associated success proves people are willing to pay for them.

This brings us back to the issues that Apple will have with iDOS. Frankly, it does too much, is way too open, and there’s likely no way for Apple to look the other way in the entire purpose of the emulator: To execute whatever remote code you drag into iTunes. When emailing back and forth with Chaoji yesterday, I asked him what he thought about another possible alternative for the direction of iDOS. 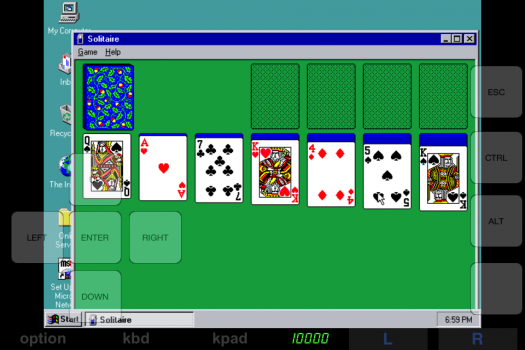 What if developers leveraged the power of iDOS, or, more accurately, the open source nature of both Dospad and Dosbox to release individually tailored versions of iDOS with a specific game embedded and the emulator extensively tweaked to run that game well? id Software is already using Dosbox in this exact way to re-release both Commander Keen and Wolfenstein 3D on Steam. Sega has used their own Genesis emulator to release Sonic and other classic games on the App Store. The only thing stopping developers from doing the same thing with any number of classic PC games is tracking down who owns the rights to them, licensing the IP for distribution on the App Store, and tweaking iDOS to exclusively load that content. Chaoji told me he’s even willing to help making the entire wrapping process easier in any way he can.

If you’re an iOS developer out there trying to come up with what your next project will be, consider looking up who currently holds the rights to your favorite retro game. Since most of these games are freely distributed as abandonware, you might find that the owners may be willing to strike an amazingly reasonable deal with you, or just give you their blessing to breathe some new life into their projects of the past for nothing at all. As mentioned previously, the market is there, the software is there, the distribution network is there.

All we need to start the revolution is developers willing to answer the call.

Thanks to IzzyNobre for the awesome photos, and forum members for screenshots.