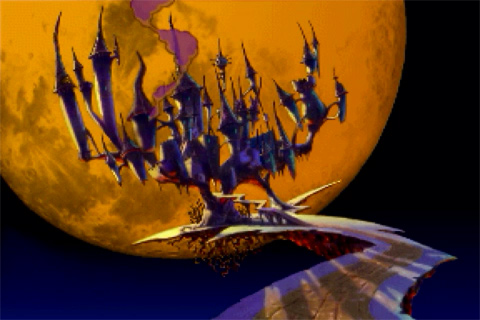 Fans of cinematic interactive movie titles in the style of the Don Bluth classics Dragon’s Lair and Space Ace might just sit up and smile at Digital Leisure’s recent iPhone release, a port of ReadySoft’s 1995 action adventure BrainDead 13 [App Store].

Stylistically extremely similar to the earlier Bluth classics, BrainDead 13 isn’t a laserdisc title was never an arcade fixture; ReadySoft released it for DOS initially, with various CD console ports coming soon after. And sage animator Bluth had nothing to do with it. 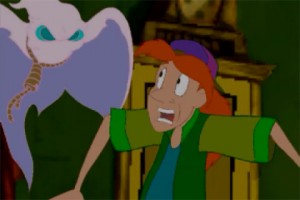 The story goes like this: The main character is a computer geek named Lance (your on-screen avatar). One day Lance takes a call to go fix a broken super-computer in a rather sinister looking old castle. While there, he learns of the evil villain Dr. Neuro Neurosis’ (a snake-like, disembodied brain and spinal cord) diabolical plan to take over the world. Your objective is to guide Lance through the castle, evading Neurosis’ bumbling henchman Fritz, in a bid to defeat the evil mastermind, saving the world and getting out of the castle in one piece.

The first thing you’ll notice in playing the game is that it really does feel a lot like Dragon’s Lair and its ilk. Being a fully digital production, the original game’s visuals running on a DOS box or Sega Saturn, would suffer as compared to those of its laserdisc-based forebears. But, running on the iPhone’s comparatively small screen, there’s little difference in the visual quality of Braindead 13 as compared to the iPhone ports of Dragon’s Lair and Space Ace, which themselves are digital conversions, of course. And it’s not as if graphics assets were sacrificed in bringing the title to the iPhone — the game is a 575MB download. 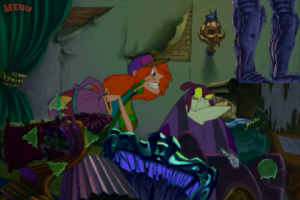 Game controls are rather simple; an onscreen controle rose to the right sends Lance in the desired direction, while an action button on the left causes him to perform the task appropriate to the moment. And, as in the aforementioned laserdisc titles, the whole thing about this game really is timing…which you’ll more likely than not achieve with lots and lots of trial and error. Though, as compared to Dragon’s Lair, there is a bit more granularity to the possibly pathways / choices in the game, and timing, though key, is a little more forgiving.

See the developer’s iPhone game trailer, and have a look at a bit of footage of the Atari Jaguar CD version to see more of the action.

BrainDead 13 follows the play style of some pretty oldschool classics and, as such, it feels like a retro title. Which is fine, but make sure you’re on board with this type of gameplay before opening your wallet. (After all, though awesome, Dragon’s Lair is available as a DVD-player game — all you need is L/R/U/D and an action button…) That said, I’m having a pretty great time with this one, so far.