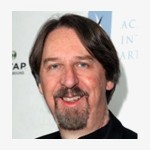 With how fast the App Store news cycle moves, the original removal of Edge [$2.99] by Mobigame seems like a million years ago. TIGSource has an excellent and incredibly in-depth recap, but in a nutshell Tim Langdell has been trolling game developers for quite some time now by holding a trademark on the word “Edge" and has used that trademark to legally harass anyone who uses it in the title of the game. This not only resulted in Edge’s temporary removal from the App Store, but also Namco’s Soul Edge to be sold as Soul Calibur in the United States.

This trademark trolling was mildly successful for Langdell until he set his sights on gaming industry giant EA for their use of the word “edge" in the title of Mirror’s Edge [$1.99 / HD]. This awoken a legal sleeping giant of sorts which as of this morning has resulted in an awesome court ruling that specifically cites “trolling", per Industry Gamers:

The court has denied Edge Games’ motion for injunction, citing that it believes that Langdell made fraudulent statements to the US Patent and Trademark Office and strongly believes that Langdell is “suspect,” and has been “trolling” the game industry for licensing opportunities. His actions could possibly warrant “criminal penalties.”

While we’ll have to see what comes of the “criminal penalties" mentioned, this is a huge win for independent game developers like Mobigame who don’t have the financial coffers to defend against an onslaught of frivolous lawsuits. However, something tells me this isn’t the last we’ll hear of Tim Langdell.

[Industry Gamers via The Sixth Axis]