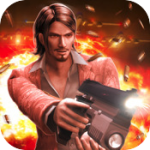 Early last year Namco released Time Crisis Strike [$4.99], an iPhone version of their Time Crisis series that has been extremely popular in arcades and on home consoles for the past decade and a half. The game is an on-rails shooter that utilizes a unique (at the time) cover mechanic that allows you to lie in wait for the most opportune time to pop out and take shots at the enemy. The Time Crisis games are certainly fun, but the iPhone version lost much of the magic in its transition to the touch screen. What really makes Time Crisis enjoyable is actually aiming a light gun at the screen and reacting quickly to shoot at enemies while strategically taking cover when you needed to by stepping down on a pedal built into the arcade cabinet. Lacking these two key elements, Time Crisis Strike lost a lot of its appeal on the iPhone, which we explained in our review. 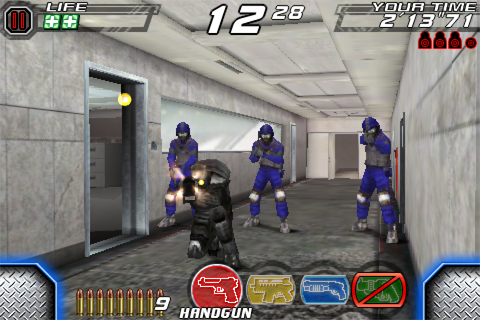 Earlier tonight, Namco released a sequel to the iPhone version titled Time Crisis 2nd Strike [$9.99]. After briefly checking out the game, it offers much of the same gameplay that was in the first. The graphics and framerate are much better this time around, but not Retina Display optimized. One really nice change is the option to disable tilting the device to duck and reload, instead using a button in either of the lower corners of the screen. Also, there are multiple weapons to use including a pistol, machine gun, shotgun and grenade launcher. This mixture of weapons is a welcome change and adds a bit of variety to the simplistic tap-to-shoot mechanic. There is a prologue level plus 3 episodes to play through, all tied together with some fairly decent cutscenes and story. 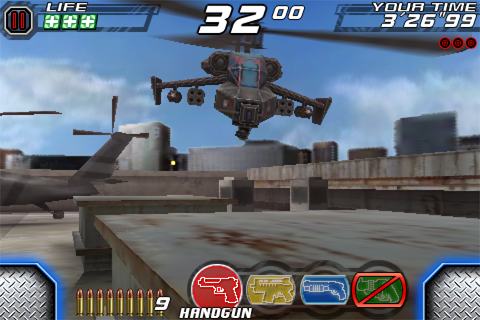 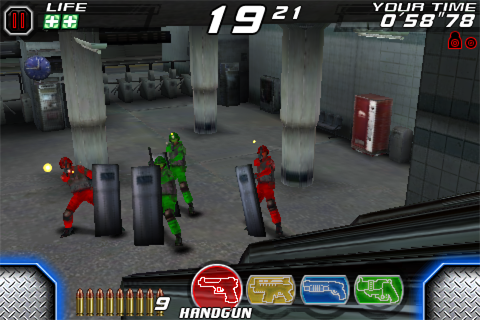 If you enjoyed the first Time Crisis Strike, then you should enjoy Time Crisis 2nd Strike as well. It’s definitely an improvement over the original, although it still feels lacking compared to other platforms that feature physical guns and foot pedals to engage in the action. Impressions are being collected in our forums, and if you’re interested in a new entry in the Time Crisis saga for your iPhone you can pick up Time Crisis 2nd Strike in the App Store right now.