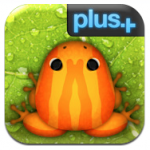 We’ve been following the development of NimbleBit’s Pocket Frogs [Free] for quite some time now; the thread in our upcoming games forum has even grown to over 800 posts. Beta testers loved the game and the excitement surrounding a freemium game that was designed from the ground up to provide a great gameplay experience without making gamers feel nickel and dimed seemed contagious. Having spent a considerable amount of time with pre-release builds of the game and the final pre-release copy of the game, and Pocket Frogs really is something that everyone should try– even if you’ve shied away from freemium games in the past.

In Pocket Frogs, as the title may suggest, you are responsible for breeding, growing, and maintaining a habitat (or eventually, multiple habitats) of cute little frogs. The process goes a little something like this: Tapping a frog brings up a menu, initially you have the option to move the frog to another habitat, take the frog out to the pond, or just sell the frog for coins. Usually you will want to take frogs to the pond, which consists of a quasi-exploration mini-game where you hop around on lily pads somewhat similar to Dizzypad [$1.99 / HD]. After eating a certain number of dragon flies in the pond, the frog is tamed. A tamed frog when tapped in its habitat has three additional options. You can breed it (more on that later). You can catalog it, which allows you to essentially re-order a frog in the in-game mail if you sell it or need another one. Finally, you can gift the frog to any friend via the Plus+ network.

At any time you can take any of your frogs back to the pond, which will allow them to fill up on dragonflies to increase their happiness. In addition, you will randomly stumble across presents which could be an additional frog, new backgrounds or objects for your habitat, coins, or the various in-game consumables. Also, there are other frogs bouncing about the pond which you will run in to, and when you jump to the same lilly pad you have the option to breed with said frog.

Initially, breeding frogs seems fairly simple but as you progress further in to the game it actually gets quite complex. Basically, frogs have three traits: Their base color, their pattern color, and the pattern itself. When you breed two frogs you’re shown the possible outcome, which could be up to 8 different combinations of colors and patterns. You can either breed frogs just for the fun of creating new frogs with cool colors and patterns, or you can shoot for the various goals in the game.

Pocket Frogs is host to tons of different awards (each coming with their own experience point bonus) which involve breeding to collect a certain number of specific frogs of various colors. You can either complete these challenges entirely on your own by breeding your existing frogs and collecting new ones either by buying them with coins at the in-game store, finding them in the pond, or breeding with other frogs in the pond. Alternatively, if you have other friends playing the game, they can send you the frogs you’re missing (or the ones you need to breed with) via an in-game mail system. In addition to awards, there are also frog requests that you can take which act like an in-game quest system that require a specific breed of frog. These are completed the same way. 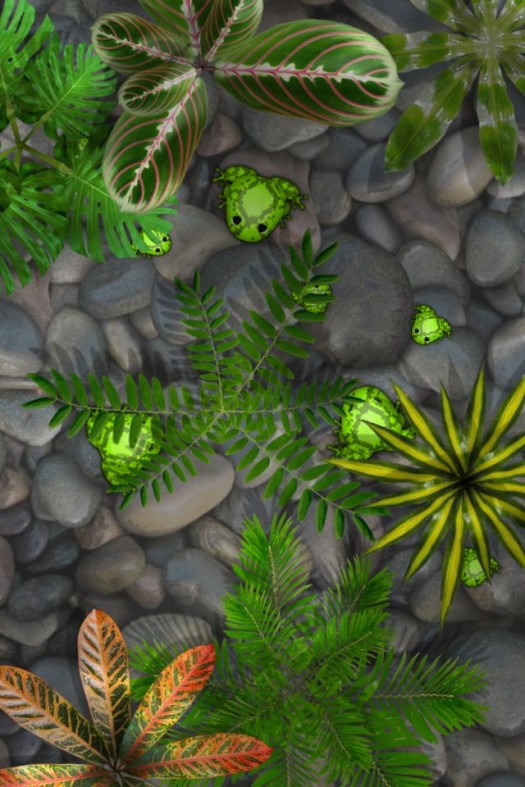 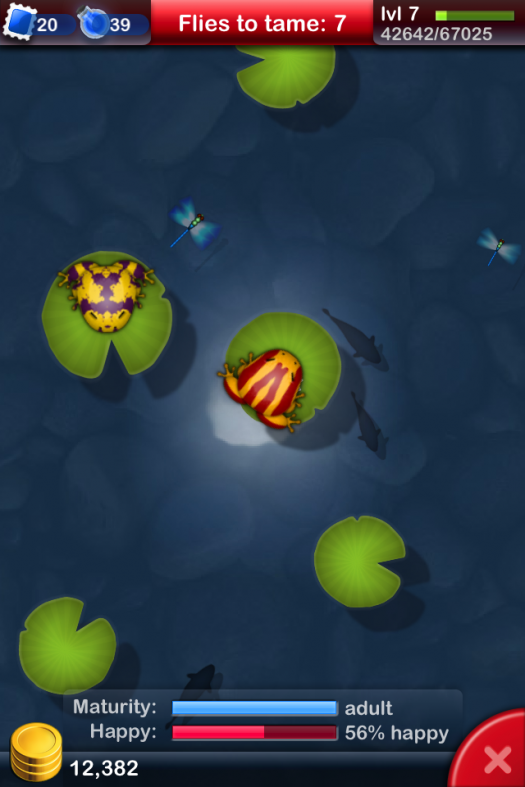 It seems like people are (understandably) skeptical about any freemium game, as often whatever in-app purchase fuels the game doesn’t feel optional at all. Pocket Frogs has the best balance of free gameplay and in-app purchases of any free game I’ve played both on the App Store and in other freemium markets such as Facebook games. Like any freemium game, Pocket Frogs is monetized both through iAds that appear in a few of the submenus (but never in any actual gameplay screens) as well as buying in-game consumables.

When you breed frogs, little frog eggs appear in your nursery. Different frogs take different amounts of time to hatch, and you can either wait for them or spend growth potions to get them to hatch instantly. Frogs that are bought from the frog shop or sent to you by friends appear in your in-game inbox, and take time to be delivered. Just like the frog eggs, you can either wait, or spend stamps to have them delivered instantly. Also, if you mail frogs to friends, that costs stamps too. 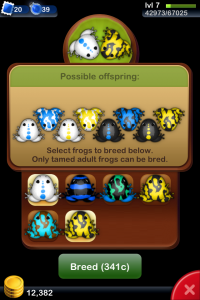 The cool part is that you can always take your frogs out to the pond, and if you hop around enough, you can find both stamps and growth potions randomly. Unlike nearly every other freemium game I’ve played, it doesn’t seem like you’re ever at a point where there is nothing to do in Pocket Frogs. Even if your nursery is full and you can’t breed anymore and your mailbox is full preventing you from getting any goodies and you’re waiting on the timers of frog eggs and mail, you can still jump around collecting coins. Overall the entire experience doesn’t seem to be anywhere near as limited as most freemium games if you decide to not pay, you just won’t get the instant gratification of seeing what your eggs hatch in to.

Pocket Frogs is a fantastic game loaded with cute graphics, tons of content, and a free/paid system that is masterfully balanced to truly feel optional instead of required like many freemium games. Even if cute graphics aren’t your thing, the depth of the game is extremely impressive and breeding the rarest frogs could serve as a great goal for the hardcore. I’ve barely scratched the surface of what there is to do in Pocket Frogs in this review, but if all this sounds even remotely interesting you really should give this game a try. To sweeten the deal, it even comes loaded with Retina Display graphics and is universal to play on either the iPhone or the iPad. If you’ve already got the game and are looking to friends to play with, stop by this thread on our forums.