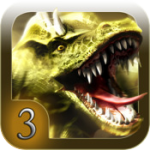 Interactive fiction on the App Store has definitely surprised me not only with how well it works on the family of iDevices, but how much I’ve enjoyed the titles I’ve read. In the past we’ve posted a large roundup of the three big series including Gamebook Adventures, Fighting Fantasy, and Sorcery!. More recently we’ve covered the Choice of Adventure series which are much more similar to R. A. Montgomery’s Choose Your Own Adventure books that were incredibly popular in the past.

Book 3 of the Gamebook Adventures series was just released, and both of the previous books also were updated to fully support the Retina Display of the new iPod touch and iPhone 4. In addition, in celebration of the new addition to the series all of the books have been put on sale. Reading the books in order isn’t required to enjoy them, but you might as well start at the beginning because they’re all worth checking out if interactive fiction is your cup of tea.

GA1: An Assassin in Orlandes, $5.99 Set within Orlandes City, nobles are being systematically murdered by a ruthless assassin no-one seems able to catch. Finding yourself thrust in the middle of a large conspiracy, you must make decisions that may put yourself and one other most precious to you in great danger. Can you locate the Assassin in Orlandes before it is too late?

GA2: The Siege of the Necromancer, $5.99 Set in the coastal town of Myr, you have returned home after a long Summer in the mines of Durath Tor to find your hometown besieged by strange creatures. A dark presence has taken over the town and you are the only one who can rid the stronghold of Erid Buul, the mysterious new Lord and his ghastly cohorts.

Gamebook Adventures 3: Slaves of Rema, $5.99 Cruelly taken from your homeland of Orlandes, you find yourself in a far off land at the mercy of a gladiatorial arena. Somehow trying to find a way to escape overseas, can you also unravel a potentially dangerous mystery that puts two nations on the brink of war?