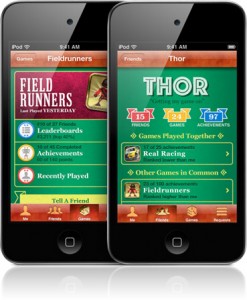 Over the weekend quite a few people have been coming to the realization that Game Center only seems to allow for 500 friends. Per TiPb and a few tweets, once you reach 500 total friends in Game Center the only way to add more friends is to delete an existing friend. While I suspect this won’t be an issue for close to 99% of the people who use Game Center, our 4.1 update post, Project-79’s absolutely fantastic thread listing all Game Center games, and the actual Game Center usename thread are packed with people trading friend requests.

If you’ve been going hog wild adding anyone and everyone, you might want to slow down so you don’t need to go through your friends list purging people when you’ve got other people to add later. It’s hard to say if Apple will ever increase this limit or not, as it was likely put in place to reduce lag while using Game Center. In comparison, both OpenFeint and Plus+ don’t seem to have any kind of limitation on the amount of friends you have, but having massive friends lists in both services has caused problems for me in the past in some games.