Early last month, Villain’s Archetype [$2.99] hit the App Store, and we thought it was great in our review. Archetype is an incredibly impressive game, providing 5 on 5 team-based deathmach that works well regardless of if you’re connecting via WiFi or 3G/EDGE. The new iPad version plays the same, with graphics and controls that have been optimized for the large screen of the device. 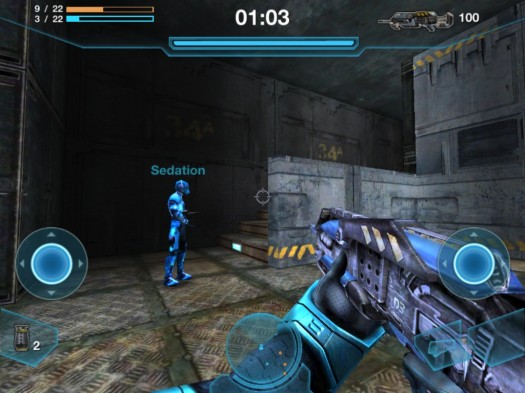 Archetype HD [$4.99] comes with all the same maps and game modes from the iPhone game, including the new rocket arena mode and Avarice map that dropped not long ago in an update. You can even play with people who are playing the game on their iPod touch or iPhone. It’s a bit of a bummer that Archetype wasn’t just updated to be universal, but if you’ve been enjoying the iPhone game, the iPad version is worth picking up as well as it controls a lot better with the iPad-specific controls instead of the pixel doubled iPhone controls.

For more information on Archetype, check out our review and/or the thread on our forums. There’s also a thread specific to the iPad version as well as a thread filled with people trading usernames if you’re looking for someone to play with.