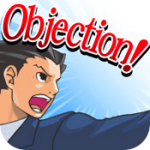 Capcom’s Phoenix Wright [$4.99] started its life as a Japanese Gameboy Advance game all the way back in 2001. In 2005, a touchscreen-enhanced port of the game made it to the Nintendo DS and the rest of the world. Five years later, and the game is here on the App Store at a fraction of its original DS price.

We described the basic premise of the game following its announcement late last year:

Phoenix Wright games are a strange mixture of a visual adventure game that play a lot like mixture of a hidden object game and a “Choose Your Own Adventure" book. The game is segmented in to two portions, the investigation and the trial. While investigating, you visit various location and gather evidence by looking around and interviewing anyone who is around. When you’re finished with that, you go to court where you cross examine witnesses, present evidence, and object to the arguments presented by the prosecuting lawyer. 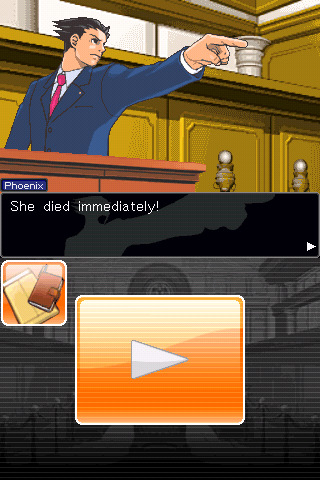 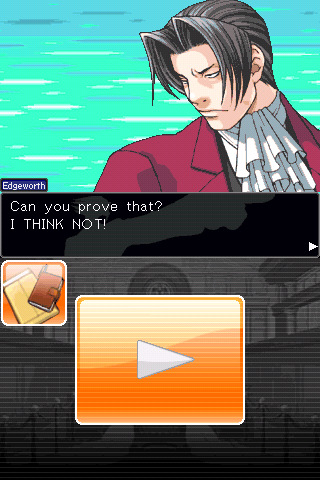 Even just from looking at screenshots alone, it is amazingly apparent that this is a fairly direct port from the DS game, with the output of the two screens just stacked on top of each other on the iPhone. When playing through the game, the bottom half is loaded with all kinds of buttons and menus depending on if you’re investigating or arguing in court, and these UI elements seem to be reworked from the original to be finger-friendly instead of built around the Nintendo DS stylus.

All of the Phoenix Wright games are a fun, and often silly adventure through crime scenes and court rooms. Successfully completing the game requires a keen eye both when gathering evidence and when arguing your case in court. Because so much of the game is based on finding/noticing little things between hidden evidence or inconsistencies in testimony, Phoenix Wright has little if any replay value.

Five cases from the original game are included, and each case should take you a few hours to go through depending on how quickly you read or how much you goof up in court. Phoenix Wright is an insane value at its launch price of $4.99, as when it first launched on the DS it was the kind of game you couldn’t find anywhere in stock, and when you did, it was at least $40.00 because of how rare it was.

It would have been nice to see Capcom do more to the game in its port to the iPhone. It seems like Phoenix Wright would be the perfect kind of game to offer with a single case for free to act as a lite version of sorts, with the rest of the cases (and cases from other games in the Phoenix Wright series) available as individual DLC packs. Regardless, I’m just glad the game is finally here, as it was one of the best and most creative games I played on my DS, and a fantastic fit for the iPhone.