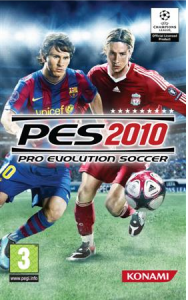 That’s right, Konami has announced that they will be bringing Pro Evolution Soccer 2010 to the iPhone and iPod Touch.

They also go on to say that the game will not be a port from any other existing version, “we wanted the iPhone/iPod touch game to be its own special one". Their goal is to target the quality of the PSP version:

Firstly because we thought graphics on the PSP looked fabulous, secondly because of the iPhone’s processing speed and display capacities being potentially comparable to those of a “small" PSP.

It seems as though soccer games are becoming more and more plentiful on the App Store with EA, Gameloft, X2 Games, and now Konami all competing for the best one. Resulting in the quality of these games to really raise the bar on iPhone gaming, and only benefiting the end users for the best possible soccer experience available for their iPhones and iPod Touches.