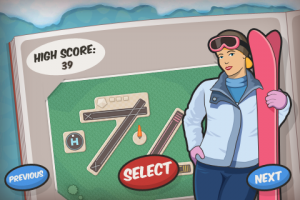 The iPad version of Flight Control introduced a mechanic that allows users to safely fast-forward the game, essentially snuffing the “every plane has a destination" slow-going doldrums. A new update to the iPhone / iPod Touch version appears as if it’ll do the same.

According to a recent post on developer Firemint’s blog, the creator has pushed out a new update to the handheld version of Flight Control that adds the fast-forward mechanic introduced in the iPad version of the game, as well as a new map, more “vibrant" visuals, and enhanced sound options.

Firemint describes the new airfield as a “winter wonderland," but it could easily be dubbed a nightmare. Runways will close and open due to manic bursts of wind, ensuring a frantic play experience.

Users can also give themselves a hard time on even the base map by over-utilizing the two-speed fast-forward mechanic, which can be activated by the press of a button. The first tier gently speeds up the game but will automatically slow down if planes get too close to each other. The latter option ignores warnings and stays fast regardless. 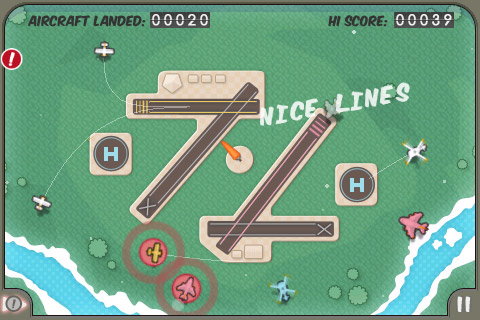 While it’s true that the colors are more saturated, the visual update isn’t an overhaul. Its utilitarian purpose is to make flight paths more pronounced, which it certainly does.

Firemint’s post also makes mention of a performance update alongside all these goodies. Without a side-by-side comparison, we’ll just have to take the developer’s word on that one. Or better yet,  your word. The update is just as free as you are to comment on this post.