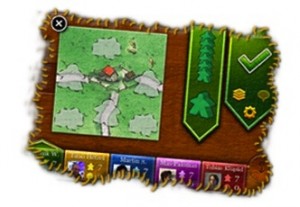 Carcassonne developer The Coding Monkeys has confirmed with us that the iPad version of the upcoming Apple handheld title will be a universal update to the initial App Store release this summer.

Just don’t expect the update to hit in the immediate.

According to developer Martin Pittenauer, The Coding Monkeys haven’t started work on the larger version of the game. Instead, they’ve focused their efforts on the iPhone and iPod Touch versions slated for release in May.

“The iPhone version will be released this month and we plan to start work on the iPad after that," developer Martin Pittenauer told us via e-mail.

“We poured a lot of love into the game already and feel the iPad version deserves the same level of attention, so it’s hard to make promises for a release date right now. But we plan to have the game universal later this summer."

Universal updates allow handheld Apps to run natively on the iPad, which avoids creators from having to juggle two similar Apps on the Store at the same time.

The Carcassonne update will be free for purchasers of the App, but the price of the whole package will be raised from its initial $4.99 price point once the update goes live on iTunes.

“Once the app is universal we will end introductory pricing and sell the game for $9.99," Pittenauer told us in a later e-mail. “So, if you buy early, you essentially get a discount on the version that runs on iPhone, iPod, and iPad."

Despite being universal, the iPad version of the game will have its share of differences according to Pittenauer. Most of which are planned to stem from the iPad’s larger touch screen size.

“We will try to use the available space to streamline some parts of the user interface and adopt more of the emerging ‘feel’ of the iPad platform," he said.

“We are also still thinking about the dimensions of the device and its implication for the multiplayer user interface. Other than that it will mainly differ by size."

But Pittenauer believes neither version will have a leg up on the other.

“We don’t think any version will be better per se, but they will have different strengths."

“The iPhone version is very portable while being very easy to play thanks to pinch-zooming and its UI. The iPad version will have room to see more of the game board, but isn’t as practical on the go. And as the game will be universal, both versions complement each other perfectly anyway."

Visually, the game appears to be capturing the board game feel. The big question is if the  game’s mechanics and components do the same. Pittenauer tells us that bringing the board game to life via our iDevices is the point of the project.

“As boardgame geeks, we hope to make players feel like they are playing the original in the real world."

“That’s why we favor a very traditional view of the table and decided against unnecessary 3D gimmicks for our version. We also love the social aspect of board gaming, so we tried to retain that as much as possible by adding all sorts of multiplayer variants (pass-around, local network, internet) and in-game chat."

At the end of the day it’s up to the players to judge if the digital version of the board game feels like the board game. We’ll have to hope and see.