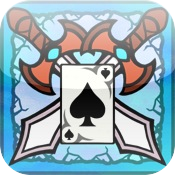 The basic gameplay remains identical to the first. From our review:

At the core is a card-based strategy/adventure game where battles take place by making poker hands on a 5×5 grid. When each game starts, nine cards are dealt in to the center of the grid and you take turns with the AI opponent placing pairs of the four cards you’re dealt on the perimeter of the game board to form hands down, across, or diagonally. Jokers are wild, and as you play more hands a gauge in the bottom left slowly fills which allows you to swap a card for a joker as well.

There is a surprising amount of strategy in placing cards, as you need to look at what you’ve been dealt to try to determine the best order to play them as your opponent could also have plans for the same squares you hope to utilize on your next turn. Furthermore, as the game board fills up, you can potentially form multiple hands. A well-planned hand placed on the diagonal could also form many other hands going down or across.

The “Sword" portion of Sword & Poker comes from the roleplaying game layered on top of these poker battles, which could practically stand alone as its own game. Instead of just playing poker battles of increasing difficulty, the games are structured as floors in a dungeon and the challenge differs based on the type of monster you’re fighting. …Read More

We absolutely loved the game the first time around, and eventually ended up rating it 5 stars along with the other January iPhone games. The good thing about Sword & Poker 2 [$1.99] is that it’s extremely similar to the original, almost to the point of feeling like less of a sequel and more of an expansion. This is also the bad thing about Sword & Poker 2, as if you didn’t really like the first one, or simply are looking for more than just even more dungeons to make your way through, Sword & Poker 2 has very little to offer. 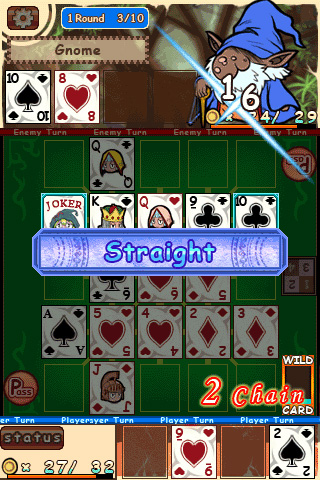 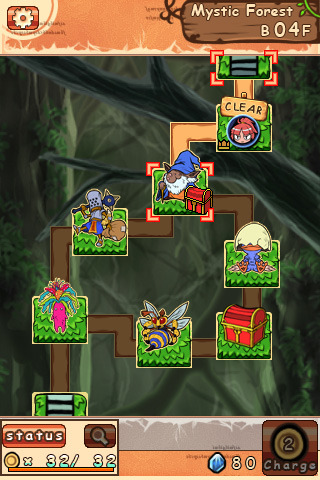 And chances are, if you played the first one, all you need is the iTunes link to the sequel: