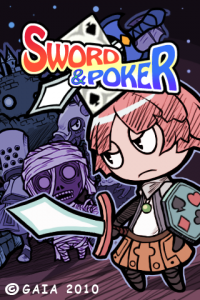 One of my favorite things about the App Store are all of these insane game concepts that likely would have never seen the light of day if it wasn’t for the low barrier of entry in to iPhone development. Discussed during our most recent podcast, Sword & Poker [App Store] is a game we greatly enjoyed with an odd combination of gameplay elements that surprisingly enough work very well together.

At the core is a card-based strategy/adventure game where battles take place by making poker hands on a 5×5 grid. When each game starts, nine cards are dealt in to the center of the grid and you take turns with the AI opponent placing pairs of the four cards you’re dealt on the perimeter of the game board to form hands down, across, or diagonally. Jokers are wild, and as you play more hands a gauge in the bottom left slowly fills which allows you to swap a card for a joker as well.

There is a surprising amount of strategy in placing cards, as you need to look at what you’ve been dealt to try to determine the best order to play them as your opponent could also have plans for the same squares you hope to utilize on your next turn. Furthermore, as the game board fills up, you can potentially form multiple hands. A well-planned hand placed on the diagonal could also form many other hands going down or across. 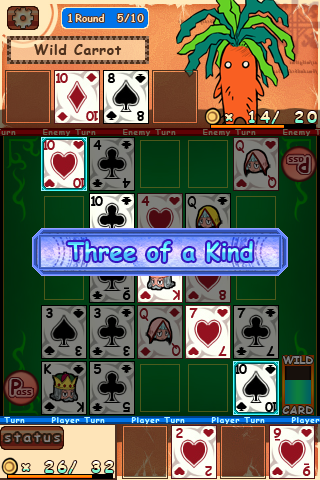 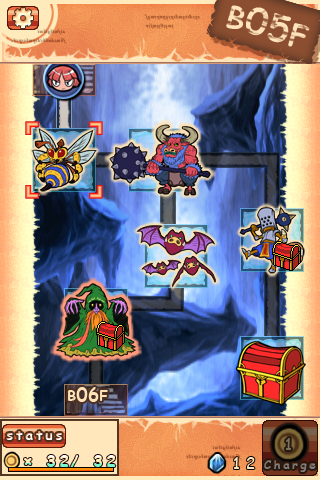 The “Sword" portion of Sword & Poker comes from the roleplaying game layered on top of these poker battles, which could practically stand alone as its own game. Instead of just playing poker battles of increasing difficulty, the games are structured as floors in a dungeon and the challenge differs based on the type of monster you’re fighting.

The various monsters have different amounts of coins, which is how your life is measured in game. Forming a hand like a flush subtracts far more coins from your opponent’s coin purse than a simple pair, and when either you or the monster you’re fighting runs out of coins the battle is over. 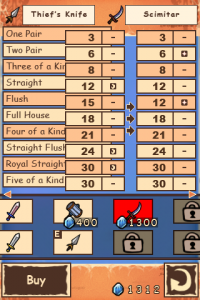 As you get farther in the game, the shop eventually unlocks where you can use the money you win from battles. Aside from upgrading your coin purse to increase your stamina in battles, you also can buy a number of different weapons. These weapons change your damage output, and some of the later ones you come across also have special abilities when you form particular poker hands.

Weapon selection adds yet another layer of strategy on top of Sword & Poker, as some weapons are bottom heavy, and do more damage when you form simple hands like one or two pairs. Other weapons are top-heavy, and while they do very little damage when you match pairs, they inflict devastating strikes upon laying down hands like straights or flushes.

In addition, certain weapons (along with some monsters) have special effects associated with certain hands. For instance, the thief’s knife I’m using now steals a card from my opponent’s hand when I form any kind of straight. Other special effects include shielding yourself from damage, causing your opponent to skip a turn, and more.

This is barely scratching the surface of Sword & Poker, a game which nearly defines the term “a hidden gem of the App Store." There are a few things that are strange about the game, such as there seems to be a huge benefit in passing your turn to make sure you are able to play the last two cards of each game board as you’re often guaranteed more than one poker hand. 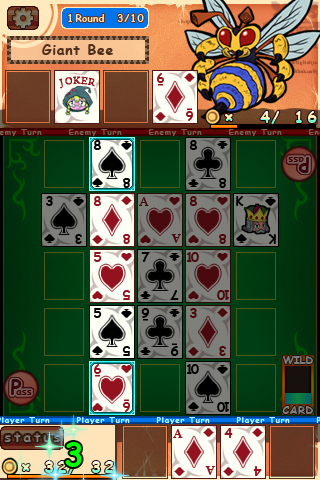 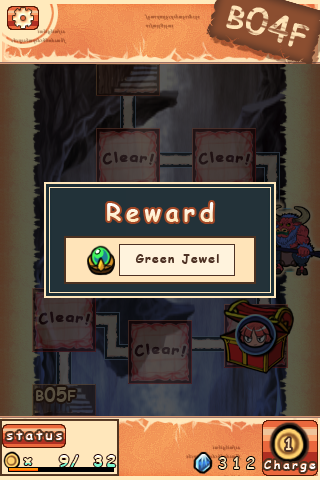 Also, as you progress in the game, poker battles can drag on for quite a while especially when fighting harder “boss" monsters. These fights can be a lot of fun, but the battle music is a painfully short loop that quickly becomes very repetitive as it has a very clear start and finish. However, these are merely minor complaints for an otherwise fantastic game.

If you like poker, RPG’s, or just strange games that actually turn out to be a lot of fun you owe it to yourself to at least try the five levels in Sword & Poker Lite [App Store]. We discussed the game on our last podcast, and there is a thread on the forums where several people have posted about how much they’re enjoying it if you need any more reason to give the game a try.