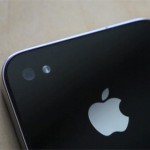 On late Saturday, Engadget posted some fairly believable photos of what was believed to be the new iPhone. Apparently it was found on the floor of a bar in San Jose, CA wrapped in a case to have the appearance of a iPhone 3G. Not long afterwards, a photo of a Japanese counterfeit which looked very similar but later found to be fake hit the Internet, adding even more doubt to the seemingly impossible situation that the new iPhone would just wind up in the hands of Engadget months before its expected release this summer.

With message boards everywhere more split than Team Edward and Team Jacob regarding the authenticity of this mysterious device, Gizmodo did a great job of putting doubts to rest with a thorough examination of what seems to be the next iPhone.

For a full examination, head over to Gizmodo, but from a gaming perspective the biggest benefits of the new iPhone come from the higher resolution screen, an even larger battery, and the likely inclusion of the Apple A4 processor. Needless to say, we’re going to be following the developments of this very closely and hope to see a full teardown of the new iPhone soon to get an idea of the performance to expect from the device.