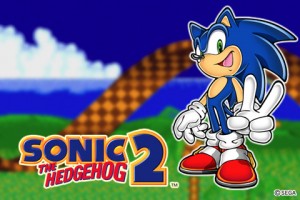 Back in January, we caught wind of plans for a Sega emulator that was going to serve as a repository for all kinds of different classic Genesis games. Originally slated for release in February, the Ultimate Genesis emulator was planned to be free and come loaded with Space Harrier II. We haven’t heard anything about it since then, and it’s hard to say where the fate of the emulator lies as Sega is still releasing standalone emulator games such as Sonic 2 [App Store] which was released mere moments ago.

Much like the original Sonic [App Store], Sonic 2 is wrapped in a seemingly identical emulator wrapper with a fairly awkward menu system glued on top of the original game to handle the various in-game view options as well as starting and resuming your game. Sonic and Tails are controlled with a virtual D-pad and lone button to handle jumping. Just like the original Sonic, these controls work, but things get dicey as soon as you get far enough in the game to need to do more than just run to the left and jump once in a while. 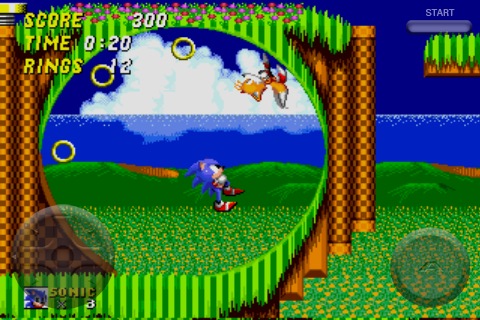 The game can be played in two modes, either full screen and up-scaled or in a smaller window in the native resolution of the game. Like all the other emulated Genesis games, performance is the best on the iPhone 3GS with substantial frame rate drops in previous-generation devices. The performance drop is somewhat mitigated by playing in the smaller native resolution view, but even then significant slowdown is experienced when you drop a lot of rings or when there are a ton of enemies on screen.

The following video shows the performance differences between the devices, although it is much more noticeable when you’re actually playing the game:

I feel like until Sega substantially improves their Genesis emulator, we really can just have one review for all of these games, as the following statements really apply to all of them: If you were a fan of the original game, and own a iPhone 3GS or 3rd generation iPod touch, they’re worth a look. The controls are far from ideal, but having your favorite classic games in your pocket playable on your phone can be a lot of fun. If you’re not particularly tied to the games Sega has released so far, they’re completely skippable.

If you have a iPhone 3G of previous device, and haven’t played Sonic 2 before, don’t let this be your first experience with the game.