To say details are sketchy right now on this game would be an understatement, but what we do know is that Japanese developer Media Vision has a job posting [Translated] up looking for developers for a new RPG for the iPhone coming in 2010. 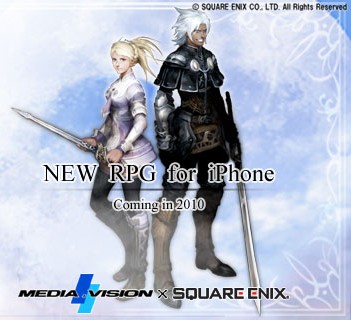 French Final Fantasy fan site, Final Fantasy Ring via Famitsu noted the game is called Chaos Ring and also in their story [Translated] mention that the team behind it also created the Playstation RPG Wild Arms, a personal favorite of mine.

That’s all we know right now, the rest is open to speculation. There is an awful lot of time left in 2010, and if Media Vision is only looking for people now, we might have a long wait in front of us to get our hands on Chaos Ring. Regardless, we’re anxious to hear more on the game and will post whatever we can dig up from our Japanese sources.

In the meantime, you can swing by the Chaos Ring thread on our forums and join in on the excitement.