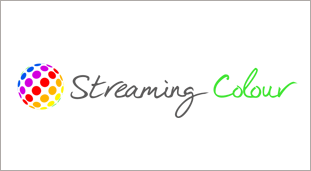 Back in October we covered the 360iDev Game Jam, an all-night coding frenzy that challenged developers to create a playable (and, hopefully, interesting) game in just 10 hours. The results were impressive.

One of the developers who took up the challenge was Owen Goss of Streaming Colour Studios. Owen labored through the night and came up with an interesting title called UpDown.  As Owen described the game,

UpDown is a puzzle game. To complete a level, all pieces must be raised or lowered to level 0. However, you can only raise or lower pieces in the patterns dictated by the brushes. Strategy and intuition are required to master this simple yet challenging game. 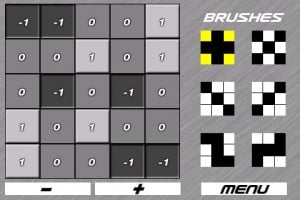 While graphically sparse, the game was maddeningly difficult. What Owen had come up with was such a challenging formula that, when we spoke with him about the title last year, he indicated that he was considering building the prototype into a more complete game and releasing it through the App Store.

At GDC 2010, I sat down with Owen and he showed me LandFormer, his upcoming puzzle game that is the evolution of UpDown. And trust me, it’s still maddeningly difficult.

The included screenshots show rather clearly how the game has evolved. LandFormer presents a five-by-five game-world grid with five different terrain levels for each block. The goal is to alter the terrain such that all blocks form a flat plane (the blocks with the little villages on them). To do so, you must pick a brush along the side of the playfield, tap a block on the playfield at which to center the action, and carry out a two-finger swipe up or down to indicate the desired direction of change. 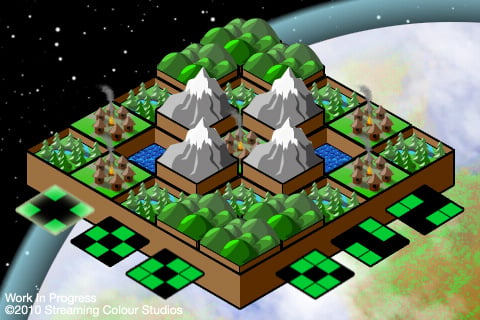 If that sounds easy to you — well — it’s not. The effects of one move are layered upon the next (and upon the next, and so on…) in such a way that you can pretty quickly develop a dread sense of having painted yourself into a corner, in a manner of speaking. I was having difficulty with the easiest few levels and could feel a growing desire to send Owen’s test device into the wall of the Marriott lobby. But, despite my own frustrations, Owen assures me that all of the levels in the game can indeed be completed.

To enable players to torture their friends, the sinister developer has included a level editor that allows for the creation of custom maps, built using the same brushes used for standard play (so that all levels will be solvable). User made levels can be shared with friends via a web-link system, where all the data needed to describe the level is present in the link’s CGI variables.

Puzzle addicts who enjoy having their brain crushed will want to run, not walk, to the App Store and grab LandFormer when it makes its debut in April. The game will be a free download including about 10 tutorial-difficulty levels (which is what I was playing at GDC…) and the aforementioned level editor, with additional levels available as in-app purchases.